Monica Lewinsky Walks Out of Interview After Asked This Predictable Question 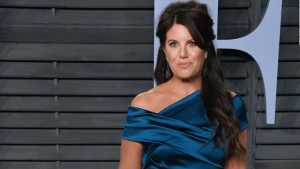 For some reason, Monica Lewinsky has been in the news more often lately.

I say “for some reason” because I have no idea why this woman didn’t just go into hiding and change her name after becoming the butt of jokes about cigars and blue dresses for generations to come.

Don’t get me wrong, I feel sorry for the gal, I just think she could probably save herself a world of hurt if she actually stepped out of the public eye instead of seemingly actively pursuing it.

It wouldn’t be hard these days, after all, just don’t Tweet or give public speeches and everyone will forget you ever existed in about five seconds.

But not Monica. She’s still at it, and catching headlines once again.

After giving what the Jerusalem Post described as a “thoughtful, emotional speech to the gathered crowd at the Jerusalem Convention Center,” Lewinsky was set to give a 15-minute interview with Yonit Levi of Channel 2.

Except, as Lewinsky later described via Twitter, Levi broke their agreement when she brought up that line of questioning.

“Recently in an interview with NBC News, former President Bill Clinton was rather irate when he was asked if he had ever apologized to you personally, and he said he apologized to you publicly. Do you still expect a personal apology?” Levi asked.

At which point Lewinsky said, “I’m sorry, I’m not going to be able to do this” and abruptly left the stage.

Good for her for standing up for herself, but if she wanted to avoid drawing attention to the whole Bill-and-Monica thing, she doesn’t seem to have tried very hard, as she took to Twitter immediately to explain:

so here’s 👇🏻 what happened… pic.twitter.com/Y7gLs3SDLF

I think anyone would have understood why she walked out after that question, to be honest, but hey.

Maybe this is her PR strategy.