To Kill a Mockingbird REMOVED FROM CLASS! 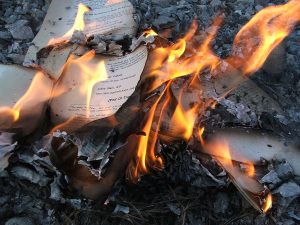 Last week, the Biloxi, Mississippi school district pulled Harper Lee’s To Kill a Mockingbird from its eighth grade curriculum. According to Kenny Holloway, the school board’s vice-president, the book’s language made some people uncomfortable. Other books, he said, would be used in its place. Unfortunately, Mockingbird isn’t the only American literary work to run afoul of the book Nazis.

When The Adventures of Huckleberry Finn was published in 1884, Louisa May Alcott said, “If Mr. Clemens cannot think of something better to tell our pure-minded lads and lasses he had best stop writing for them.” The book was labeled “coarse” because Mr. Clemens used words like “sweat” instead of something more delicate, like “perspiration”. Even worse, though, was Huck’s friendship with Jim.

Much like the world George Lucas introduced us to almost forty years ago, 1884 was a long time ago, and that United States was in a galaxy far, far away. The interaction of a white boy and a black man on anything resembling an equal basis was more than polite society could stand, and in 1885, the Concord, MA library placed the book on the Index Expergatorius. So began its long history of being banned.

Seventy-five years later, in 1960, Harper Lee published To Kill a Mockingbird. It won a Pulitzer Prize. And in 1966, it was banned for the first time. The theme of rape was considered indecent in the 1960’s, and many parents took action to ensure their children weren’t exposed to such ugliness. The book also gave an honest portrayal of race relations, and much like the friendship of Huck and Jim, that made polite society just a little too uncomfortable.

It seems both books should enjoy smooth sailing today. Coarse doesn’t begin to describe what kids see on the internet and TV, in the movies, or on video games. Both The Adventures of Huckleberry Finn and To Kill a Mockingbird are pure innocence compared to today’s popular music and music videos. That word still haunts both books, however. Banned.

In the past, the idea of a child learning to see beyond skin color and gain enough empathy to understand that different doesn’t mean bad was discomfiting for many people. Society functioned according to certain rules. The rules were there for a reason, most people agreed, and any ideas that might call the rules into question had to be dangerous. Expanding minds, exploring new ideas, and discovering new perspectives sounded like fine pursuits. For other people, that is.

Today, these same books are being banned again, even while those who originally objected to their content are pilloried. Both books use the N-word. Both show how blacks were treated in the past. Both show the ugliness that is our society. They offend certain people, so they must be hidden away, unable to spread their poison. The problem is, they both show that attitudes can be changed when we learn to look beyond race and culture. Banning books today because some people choose to be offended is no different than banning them a century ago because – you guessed it – some people chose to be offended.

Behavior doesn’t change until attitudes do. Attitudes don’t change until perceptions do. What makes a literary work great is its power to alter perceptions. It’s impossible to maintain the same level of resentment when we understand the perspective of the person we fear, and it’s impossible to read either Huck Finn or Mockingbird and not see the perspective of another person, another class, another race. Books offer us a chance to grow. They offer us a chance to understand. They give us the tools to meet someone with different views and beliefs halfway instead of keeping a fearful distance.

Books, and the words they contain, aren’t dangerous. Ignorance is.