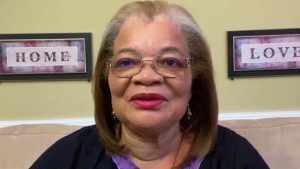 King sat down for a chat with the folks over at the“John Solomon Reports,” podcast where she claimed that Biden, along with fellow radical left-wingers Vice President Kamala Harris and House Speaker Nancy Pelosi are “stirring up emotions to get their way,” which is part of a strategy being employed to try and pass the John Lewis Voting Rights Advancement Act and the Freedom to Vote Act.

King then went on to say that her uncle, MLK, was a “prophet and a preacher” before he became the leader of the civil rights movement, and stated that “You have to put all of that together and represent human dignity from the womb to the tomb.”

She went on to say, “that’s not what Biden is doing — President Biden and Vice President Harris, they’re not — Nancy Pelosi and all of them. They’re stirring up emotions to get their way. It’s like having temper tantrums when you [are] in the highest seats in this office.”

King also said that her uncle “believed in appropriate voting and legislation and the laws, but he said, ‘the law can’t make you love me, but it can keep you from lynching me.’ “

Alveda King is a legend of our time. She is carrying on the legacy of her uncle with honor and there’s no doubt he would be extremely proud of the contributions she’s made to the civil rights movement, not just for people of color, but for the unborn.