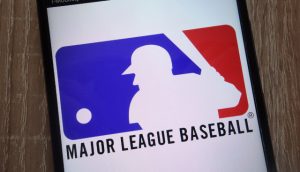 Multiple reports hitting the Internet today say that Major League Baseball is set to relocate the All-Star Game to Coors Field in Denver, moving it away from Atlanta, Georgia after the state passed a new voter ID law that officials have called “undemocratic” and “restrictive.”

MLB commissioner Rob Manfred announced last week that the game would not be played in Atlanta, saying, “I have decided that the best way to demonstrate our values as a sport is by relocating this year’s All-Star Game and MLB Draft. Major League Baseball fundamentally supports voting rights for all Americans and opposes restrictions to the ballot box.”

Atlanta Mayor Keisha Lance Bottoms said the city expects “many dominoes are going to fall” based on the new Georgia legislation. State officials estimated a loss of around $100 million based on moving the game from Truist Park.

The decision has put America’s pastime at the center of a partisan battle over elections, as several Republican-led states eye bills that would tighten voting rules. Democrats largely backed the relocation as a stand for voting rights while Republicans criticized the league and companies that oppose the law for caving into liberal pressure.

The new Georgia law requires voters to provide a state-issued identification card when requesting an absentee ballot, limits drop boxes, and lets any Georgian challenge the voting eligibility of an unlimited number of voters, among other restrictions. It also expands some early-voting hours.

So, at the end of the day, liberal logic says it’s totally fine that you have to have an ID to drive, to buy alcohol, to purchase a gun, and to fly in and out of different countries, but not to vote.

Let that sink in for a bit.

It’s obvious the reason behind this kind of thinking. Democrats want as many illegals crossing the border as possible to have the ability to sneak into the polls and vote in our elections. This helps them stay in power. All they have to do is provide some “free stuff” and they expand their voter base.

They use these people as political pawns.