Mizzou: Tall Men Who Ask Women on Dates Are Sexually Harassing Them 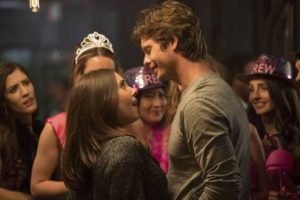 Not only is it now considered sexual harassment to tell a woman she looks nice, ask her the time of day, or look in her general direction, but if you dare ask her on a date while being tall, you’re clearly a predator.

This is the logic of officials at the University of Missouri, aka Mizzou, where a Ph.D. student has sued after being suspended for asking a fellow student out on a date.

And we certainly cannot blame him for suing.

The Daily Wire describes what happened:

The male student, whom The Daily Wire will refer to as John Doe, asked out the female fitness instructor, who will be identified as Jane Roe. She said she was busy but discussed with him possibly going out later that month. Two days later, she told him to “stop making romantic advances toward her,” according to John’s lawsuit against Mizzou. Despite not wanting to date him, Jane asked John to keep taking her to dance classes.

John did this, and later asked Jane to recommend some YouTube videos to help him improve his dancing. She suggested private lessons but told him she didn’t teach privately. She then, according to John’s lawsuit, avoided him for the next week.

On October 14, 2016, John wrote Jane a three-page letter “apologizing for being awkward around her, expressing sincere feelings for her, and asking [her] what if anything she wanted from Plaintiff,” his lawsuit said.

Perhaps he was a bit insistent, but harassment? Hardly.

In fact, what Mizzou claimed was so inappropriate about his behavior wasn’t his clearly very polite attempt to get the young woman to date him, but…his height.

Cathy Scroggs, who was Mizzou’s Vice Chancellor for Student Affairs when the incident involving John and Jane occurred, was asked during a recent deposition if the accusation against John satisfied the school’s policy for sexual misconduct regarding one having “power or authority” over another. Scroggs responded, “I think he was perceived as having power over her.”

She was further questioned as to the “nature of [John’s] power over her.” The interviewer asked if it was just John’s “size” that contributed to that “power.”

If this logic was applied to our general cultural attitude towards sexual harassment, then the vast majority of men who ever ask a woman out would be wielding some sort of power over them, because, I hate to break it to the general female populace, women are generally smaller than men.

Is this really the direction we’re headed?