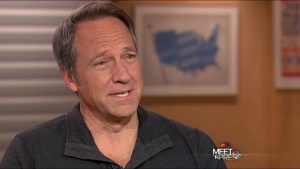 When the news broke last week that Nike had pulled a patriotic-themed shoe after spokesman and former NFL quarterback Colin Kaepernick whined that the Betsy Ross flag embroidered on the shoes represents a time in American history when slavery was the norm, everyone just about lost it.

I still stand by my earlier statement that the shoe looks like an oversized version of something you’d make a toddler wear, but I digress.

Once again, this anti-American kneeler got the goats of every citizen with even an ounce of appreciation for the country in which they live and the incredible historical struggles it has been through. Nike and Kaepernick have been roasted, lampooned, and outright scolded by everyone from Joe Sixpack to Donald Trump, Jr.

Conservatives in federal and state government came out in droves to defend the flag (which is so super racist it was even flown during the inauguration of former President Barack Obama, don’t ya’ know,) including Senator Ted Cruz (R-TX), who called for a Nike boycott. Arizona Governor Doug Ducey, a Republican, also announced he’d be withdrawing financial incentives promised to Nike for doing business in the state.

However, the commentary I’ve been looking forward to and appreciate the most, personally, is that of the perennially apolitical Mike Rowe.

As always, the former “Dirty Jobs” host and working-class advocate has a sober, sensible, and refreshing take on select controversies as they pop up on his radar, but without any clear political bias that bleeds through every word.

In this case, Rowe reminded any would-be totalitarians out there that Nike has the right to pull the shoe if they want. It’s their property. They own it. Still, that doesn’t make Kaepernick’s “racist” complaint of the Betsy Ross flag any less nonsensical.

“[W]e can’t deny Kapernick’s right to speak his mind, but we shouldn’t ignore the flaws in his thinking,” Rowe wrote in a Facebook post in response to a fan’s question about the shoe drama. “He has argued that the Betsy Ross flag is ‘racist,’ because it flew at a time when slavery was legal in America. By that definition, aren’t crosses are also racist? Weren’t they on churches attended by slave-owning congregants? Why not demand their removal? What about the Bald Eagle? Wasn’t our national bird flying around when slaves were held? Why not protest it as well? What about the Great Seal? E Pluribus Unum? The Liberty Bell? It rang countless times while slavery was still the law of the land. Why not demand its removal?”

Don’t give them any ideas, Mike!

“I’m tempted on this day to remind you that there’s nothing inherently dangerous about a sneaker company currying favor with a woke athlete, or fellow citizens complaining about displays of patriotism and military might,” Rowe continued. “On the other hand, I think Ronald Reagan was right when he said we’re always one generation away from losing the freedoms we currently enjoy. Along with the siren song of socialism, the persistent promise of ‘free’ stuff, and the breathtaking level of censorship on our college campuses, I worry about the growing belief among many that we can somehow improve our present by erasing our past; by toppling statues, outlawing ‘problematic’ symbols, or rewriting specific pieces of our history in ways that leave us feeling less offended.”

Amen! Somebody pin a medal on this dude and buy him a beer.