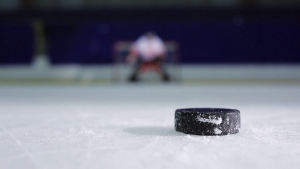 You know the old saying.

Or a hockey puck.

Students and faculty at Oakland University in Michigan will soon be equipped to defend their lives against an active shooter, and they won’t even have to violate the campus “no weapons” policy to do so.

In an apparent nod to our unarmed Northern neighbors, professors and the student congress alike have ordered thousands of hockey pucks for self-defense and yes, you read that correctly.

Students and faculty at a public Michigan college are ready to use hockey pucks as weapons in case of a campus shooter situation.

Oakland University American Association of University Professors President Thomas Discenna led an effort for the union to buy 2,500 hockey pucks at less than $1 apiece, the Detroit Free Press reported Tuesday. Pucks were distributed in early November with 1,700 pucks going to students and 800 to faculty members.

“It’s just the idea of having something, a reminder that you’re not powerless and you’re not helpless in the classroom,” Discenna said.

OU’s Student Congress also ordered 1,000 hockey pucks for students, according to the Free Press. The southeastern Michigan college has a no-weapons policy.

But a hockey puck, like a firearm, is also an inanimate object. If the logic is that keeping firearms off campus will keep the campus safer, aren’t students now at a higher risk of say, having hockey pucks chucked at them by a professor who just loses it one day?

And who’s to say the foreign student with the funny prayer rug won’t just go on a hockey-puck-throwing rampage one day?

At this point…shouldn’t they just let students and faculty carry their firearms on campus? It’s the right to have and bear arms. Not hockey pucks.