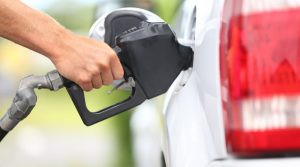 If you are planning on doing some traveling this Memorial Day weekend, you’ll feel a little extra sting in your wallet as gas prices have now hit the highest level we’ve seen since 2014 as the fallout from the Colonial Pipeline attack continues to be felt in places around the country.

The higher prices come as 37 million people are expected to hit the road this weekend, most of them traveling by car, as states across the nation start lifting coronavirus restrictions, especially for those who have been fully vaccinated.

However, as good as that news might be, AAA has stated that this year’s travel is still 13 percent under what it was back in 2019 before the pandemic.

National average gas prices on May 24, the Monday before Memorial Day weekend, were $3.02 per gallon, $1.14 higher than gas prices a year ago and the highest this time of year since 2014, according to the Energy Information Administration.

Gas prices climbed earlier this month after the hack and shutdown of the Colonial Pipeline, a 5,500-mile artery from Houston to the doorstep of New York City that is responsible for nearly half of the East Coast’s fuel supply, including gasoline, jet fuel, and diesel.

The pipeline’s shutdown prompted a race to the pumps to fill up, spiking gasoline demand and prices and leading to gas station outages all along the East Coast.

“A handful of states is still regaining fuel, according to GasBuddy. For example, 39% of the gas stations in Washington, D.C., are still without fuel, along with a quarter of the gas stations in Georgia and South Carolina. Other states still suffering outages include North Carolina, Tennessee, Maryland, and Florida, where outages ticked up in recent day,” the report from Washington Examiner continued.

Of course, this shouldn’t be surprising when you look at how Biden has handled the fuel issue since taking office and his lackluster response to the Colonial Pipeline hack.

Be prepared to see this spike in prices continue, folks.