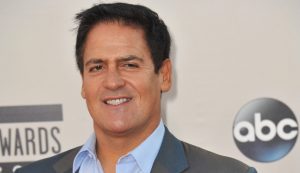 Mark Cuban, billionaire owner of the Dallas Mavericks, decided to cut the National Anthem before games, a move that got quite a reaction from folks on social media on Tuesday.

Cuban confirmed with The Athletic that it was his choice to no longer play the national anthem prior to home games at American Airlines Center. The team has not played the song before any of their games this season and it doesn’t look like they’ll be doing so any time in the near future.

“It was my decision, and I made it in November,” Cuban told The New York Times.

“Under the unique circumstances of this season, teams are permitted to run their pregame operations as they see fit,” Frank said.

The decision to nix the anthem drew reaction from both those disagreeing and those supporting it on social media.

Imagine thinking that playing a sport in an empty arena is more important than your allegiance to the country. https://t.co/wlSBDNXXPP

Have covered sports all over the world. The US is an outlier when it comes to the pre-game national anthem. Would have more resonance as a rarity instead of being the rule. https://t.co/waCJalxwGG

Good. We don’t do it before kids’ concerts, plays, church services – I can keep going – silly to do before sporting events. https://t.co/2KTCTMCTf6

Oh and don't this phony, or anyone else tell you the anthem is something it is not. It's a song written by folks who overthrew a tyrannical gov't at ALL costs to themselves. Oh, and the NORTH played this song DURING the Civil War. Don't forget that.

Wow. Just wow. Hard to believe we now live in a day and age where it is okay to just yank the National Anthem out from every part of our culture.

Don’t let liberals supporting this fool you. It has nothing to do with the singing of this song being “pointless.” It has everything to do with creating a hostile attitude toward our nation and our founding principles.

These people are ashamed of their country and way of life and they think you should be too.