WHY? The Mass Shooting in Texas That No One is Talking About! 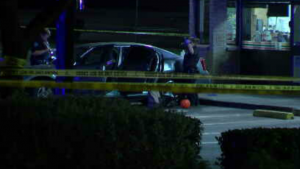 Let me introduce you to Rolando Martinez. He’s the mass shooter in Texas that no one is talking about.

“He is another mass shooter who inured four people in Texas this past Saturday night, including one 7-year-old girl who was shot in the head and is listed in critical condition. However, the mainstream media is pretty much ignoring this mass shooting and the reason seems clear. The shooter is another illegal alien, not a white male American citizen.

According to reports located NOT on mainstream media sources, Martinez was shooting at drivers along an 18-mile stretch on Interstate 35 in north Austin, Texas. He was drunk and in possession of an assault-style rifle.

If the mainstream media publicized this mass shooting, it would have resulted in the questioning of how Martinez entered the United States and how long he had been here. It may have also brought into question Austin’s sanctuary policy in protecting illegal aliens, which would have been an embarrassment for Democrats. This is why very few people will ever know about Rolando Martinez or the fate of an innocent 7-year-old girl.”

Mainstream media is always quick to jump on the bandwagon when a white man shoots innocent victims. Within hours and days you’ll know every detail about his life from his pant size to the last text message he sent. That’s the sort of thing that fits the gun control narrative. Whenever there’s an illegal alien that bypassed gun laws and got their hands on a weapon illegally it destroys their rhetoric.

When it comes to one of Obama’s illegal aliens shooting someone, the media either remains silent or downplays the incident and buried the coverage to a back page.