Mass Hysteria: Here’s what’s really happening. Are you living in this bubble? 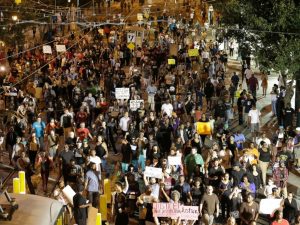 History is full of examples of Mass Hysterias. They happen fairly often. The creator of the cartoon Dilbert, Scott Adams, reminds us that the cool thing about mass hysterias is that you don’t know when you are in one. But sometimes the people who are not experiencing the mass hysteria can recognize when others are experiencing one, if they know what to look for.

I’ll teach you what to look for. 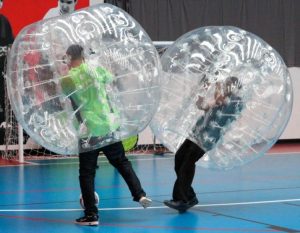 A mass hysteria happens when the public gets a wrong idea about something that has strong emotional content and it triggers cognitive dissonance that is often supported by confirmation bias. In other words, people spontaneously hallucinate a whole new (and usually crazy-sounding) reality and believe they see plenty of evidence for it. The Salem Witch Trials are the best-known example of mass hysteria. The McMartin Pre-School case and the Tulip Bulb hysteria are others. The dotcom bubble probably qualifies. We might soon learn that the Russian Collusion story was mass hysteria in hindsight. The curious lack of solid evidence for Russian collusion is a red flag. But we’ll see how that plays out.

The most visible Mass Hysteria of the moment involves the idea that the United States intentionally elected a racist President. If that statement just triggered you, it might mean you are in the Mass Hysteria bubble. The cool part is that you can’t fact-check my claim you are hallucinating if you are actually hallucinating. But you can read my description of the signs of mass hysteria and see if you check off the boxes.

If you’re in the mass hysteria, recognizing you have all the symptoms of hysteria won’t help you be aware you are in it. That’s not how hallucinations work. Instead, your hallucination will automatically rewrite itself to expel any new data that conflicts with its illusions.

But if you are not experiencing mass hysteria, you might be totally confused by the actions of the people who are. They appear to be irrational, but in ways that are hard to define. You can’t tell if they are stupid, unscrupulous, ignorant, mentally ill, emotionally unstable or what. It just looks frickin’ crazy.

Here are some signs of mass hysteria. This is my own take on it, but I welcome you to fact-check it with experts on mass hysteria.

1. The trigger event for cognitive dissonance

On November 8th of 2016, half the country learned that everything they believed to be both true and obvious turned out to be wrong. The people who thought Trump had no chance of winning were under the impression they were smart people who understood their country, and politics, and how things work in general. When Trump won, they learned they were wrong. They were so very wrong that they reflexively (because this is how all brains work) rewrote the scripts they were seeing in their minds until it all made sense again. The wrong-about-everything crowd decided that the only way their world made sense, with their egos intact, is that either the Russians helped Trump win or there are far more racists in the country than they imagined, and he is their king. Those were the seeds of the two mass hysterias we witness today.

Trump supporters experienced no trigger event for cognitive dissonance when Trump won. Their worldview was confirmed by observed events.

2. The Ridiculousness of it

Compare that to the idea that our president is a Russian puppet. Or that the country accidentally elected a racist who thinks the KKK and Nazis are “fine people.” Crazy stuff.

If you think those examples don’t sound crazy – regardless of the reality – you are probably inside the mass hysteria bubble.

If you are inside the mass hysteria bubble, you probably interpreted President Trump’s initial statement on Charlottesville – which was politically imperfect to say the least – as proof-positive he is a damned racist.

If you are outside the mass hysteria bubble you might have noticed that President Trump never campaigned to be our moral leader. He presented himself as – in his own words “no angel” – with a set of skills he offered to use in the public’s interest. He was big on law and order, and equal justice under the law. But he never offered moral leadership. Voters elected him with that knowledge. Evidently, Republicans don’t depend on politicians for moral leadership. That’s probably a good call.

When the horror in Charlottesville shocked the country, citizens instinctively looked to their president for moral leadership. The president instead provided a generic law and order statement. Under pressure, he later named specific groups and disavowed the racists. He was clearly uncomfortable being our moral lighthouse. That’s probably why he never described his moral leadership as an asset when running for office. We observe that he has never been shy about any other skill he brings to the job, so it probably isn’t an accident when he avoids mentioning any ambitions for moral leadership. If he wanted us to know he would provide that service, I think he would have mentioned it by now.

If you already believed President Trump is a racist, his weak statement about Charlottesville seems like confirmation. But if you believe he never offered moral leadership, only equal treatment under the law, that’s what you saw instead. And you made up your own mind about the morality.

The tricky part here is that any interpretation of what happened could be confirmation bias. But ask yourself which one of these versions sounds less crazy:

1. A sitting president, who is a branding expert, thought it would be a good idea to go easy on murderous Nazis as a way to improve his popularity.

2. The country elected a racist leader who is winking to the KKK and White Supremacists that they have a free pass to start a race war now.

3. A mentally unstable racist clown with conman skills (mostly just lying) eviscerated the Republican primary field and won the presidency. He keeps doing crazy, impulsive racist stuff. But for some reason, the economy is going well, jobs are looking good, North Korea blinked, ISIS is on the ropes, and the Supreme Court got a qualified judge. It was mostly luck.

4. The guy who didn’t offer to be your moral leader didn’t offer any moral leadership, just law and order, applied equally. His critics cleverly and predictably framed it as being soft on Nazis.

One of those narratives is less crazy-sounding than the others. That doesn’t mean the less-crazy one has to be true. But normal stuff happens far more often than crazy stuff. And critics will frame normal stuff as crazy whenever they get a chance.

It would be hard to overreact to a Nazi murder, or to racists marching in the streets with torches. That stuff demands a strong reaction. But if a Republican agrees with you that Nazis are the worst, and you threaten to punch that Republican for not agreeing with you exactly the right way, that might be an oversized reaction.

5. The Insult without supporting argument

When people have actual reasons for disagreeing with you, they offer those reasons without hesitation. Strangers on social media will cheerfully check your facts, your logic, and your assumptions. But when you start seeing ad hominem attacks that offer no reasons at all, that might be a sign that people in the mass hysteria bubble don’t understand what is wrong with your point of view except that it sounds more sensible than their own.

For the past two days I have been disavowing Nazis on Twitter. The most common response from the people who disagree with me is that I suck and I am ugly.

How do I look to you?