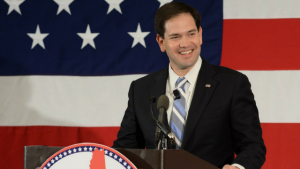 There are many reasons Donald Trump managed to grab his surprise victory in 2016, and it is not, in fact, one of the 103,246 reasons Hillary Clinton has given for why she lost.

It wasn’t Comey’s last-minute announcement about the Hillary’s email investigation being re-opened. It wasn’t because of the insignificant minority of white supremacists scattered throughout an otherwise incredibly tolerant nation. It wasn’t because white women’s husbands told them who to vote for, thank you very much. It certainly wasn’t due to a favorable media.

It was because Donald Trump knows exactly why Americans are sick of the hypocritical left, who claim to be tolerant and yet rely far too much on bashing a good portion of regular Americans for not being radical, intersectional feminists and race theorists like the scant minority of leftists who are, by far, the loudest.

Never has this been clearer than the media-fueled hysteria over illegal migrant detainment policies that seem far less awful than they’re leading us to believe once you get down to the brass tacks of the situation at the border.

Marco Rubio cut right to the heart of this glaring problem in a very insightful tweet on Monday:

Constantly demonizing, belittling, and brutally insulting millions of Americans who don’t necessarily support Trump, but simply don’t think that enforcing our nation’s border is akin to Auschwitz, is driving more and more voters away from the Democrats, and making them look more hysterical by the day. And yet, they just double-down on their tactics when challenged.

As many commentators have grown accustomed to saying, “this is how you got Trump.”