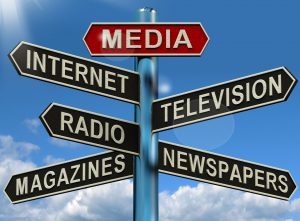 William Proctor, a veteran reporter and best-selling author, explains that the “[media] gospel is rooted in a kind of secular theology that purports to convey infallible social, moral, and political truth—a truth that the paper [The New York Times] fervently promotes with all the zeal of the fieriest proselytizer.” Proctor describes the editorial and news-gathering policy at the Times as “Manhattan Fundamentalism,” “a well-defined but also rather rigid package of viewpoints which the paper disseminates widely to influence political, social, and personal beliefs and behaviors.”

In 1986, Robert Bazell of NBC, admitted that “Objectivity is a fallacy. There are different opinions, but you don’t have to give them equal weight.”

The late network newscaster for NBC and ABC, David Brinkley, who had a career lasting from 1943 to 1997, once admitted: ‘News is what I say it is — it’s something worth knowing by my standards!”

Through the decades, the mainstream media — print, radio, and television, and today’s social media, have pushed the line that facts are neutral and speak for themselves.

For decades, they had a majority of people believing that newscasters and journalists simply “report the news” devoid of biases, preconceived assumptions, or political agendas.

I remember in growing up that my parents watched regularly and almost religiously, the CBS Evening News, with its famous anchor, Walter Cronkite. After thirty minutes of broadcasting, looking like a wise father, Cronkite would sign off by saying, “And that’s the way it is!”

Walter may have convinced himself of the possibility of a neutral position, but he never practiced it. No one does. It’s impossible to be morally neutral and facts only, with no bias or worldview involved in any area of life. Everyone is committed to some value system, some moral way of looking at the world. And although facts may be facts, they are still “interpreted facts.”

Similarly, words used in reporting expose preference for one worldview over another. “Right-wing conservatives” versus “progressives” is just one example. Those who are anti-homosexual are described as “homophobic,” “intolerant,” “hateful,” and “unloving.” Those who are opposed to abortion are “anti-choice” never “pro-life.” Those who on the right are labeled fascist pigs, undeserving of any public voice anytime.

Manhattan Fundamentalists use labels to categorize political activity. Some labels are used to neutralize the actions of certain groups; others denote being “one of us.”

The words right wing, racists, bigoted, homophobic, fundamentalist, pro-life, absolutist, and deeply religious, are put-downs more than categories. Conversely, think of the unspoken pat on the back and blessing that the following words convey: moderate, progressive, pluralistic, liberal, civil libertarian, pragmatic, and enlightened.

Most media elites are ill-equipped to see their partiality because they cannot conceive of a contrary opinion to be either morally or factually right when compared to what they believe is their own objective understanding of the issue. Most honestly believe that the position they take on any topic is not biased or prejudicial but neutral, and morally and politically correct.

Manhattan Fundamentalism is nowhere evidenced more clearly than on it’s all out, unrelenting, no-holds-barred, dirt-digging, fake-news reporting, attacks on the duly elected President of the United States. Never in the history of America has there been such a pervasive, prejudiced,  and persistent attack on a president.

Manhattan Fundamentalism is also the frontline soldiers in the all out ideological and propaganda blitzkrieg of the LGBTQ+ activists.

On January 30, 2017, a landmark decision was announced by the Boy Scouts of America (BSA). The decision was that “Trans-boys” (that is, biological females who identify as boys) can now join the BSA.

Then just last week BSA announced that girls could now join the Boy Scouts! I wonder if Boys can join the Girl Scouts?

Successive phases of the sexual revolution are slowly gripping the world in a stranglehold. Having achieved the dissolution of family stability in the legalizing of same-sex marriage, transgenderism is the next point of attack. The transgender umbrella also includes those who identify as bigender, pangender, omnigender, gender fluid, gender diverse, or agender.

In 2014, the Vancouver School Board instructed teachers to replace he/she with xe, him/her with xem, and his/hers with xyr. In a slight variation on this, the University of Iowa has more recently opted for ze, zem, and zir. Numerous other schools and colleges are fast following suit with various alternative sets of pronouns.

The Manhattan Fundamentalists are using a vast array of revolutionary networks, enabled by social media, and underwritten by incredible amounts of money provided by far-left donors and foundations.

The goal is to disrupt and silence foes. It has been described as “the heckler’s veto.” Civility, open discourse, dialogue and debate are thrown out, replaced by coercion, lies, deception, distortion, emotional outbursts, threats, and violence. Whatever works to further the cause and prevail — whatever it takes.

It’s not enough for we Christians to turn off the news and boycott everything possible. We must counter lies with truth, hate with love, and darkness with light.

Joel Pulse was on target when he said: “It’s embarrassing to realize how few Christians engage and transform our culture by way of media and entertainment. Though we may have been involved in other valuable pursuits such as mercy ministry and missions, we may have neglected journalism, the arts, and business—and the impact their transformation might bring.

“If we fed all our homeless and sent millions of missionaries overseas but failed to engage the most powerful communication networks in our own backyard, we would fail to transform this culture and thereby fail to carry out God’s first command as found in Genesis 1:28.”