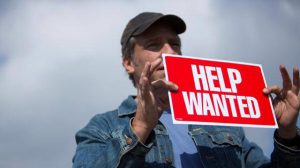 Mike Rowe, former host of “Dirty Jobs” has become the premiere voice of the blue collar worker and someone who has earned a reputation for championing trade work over the course of his career, shining a light on the fact that there are millions of jobs available for those willing to learn a craft and work hard.

He also knows how to drop MASSIVE truth bombs.

Much of his inspiration for all of this comes from the fact that he sees so many young college graduates struggling after they leave school, mostly because the marketplace is over saturated with folks who have degrees and the job demand is small, thus creating far too much competition.

Many people are left with thousands upon thousands of dollars of debt and no career options to help pay it all off.

Which is precisely why Rowe is so passionate in recommending trade work, much of which pays close to the same if not more than some white collar positions.

However, one particular critic begged to differ.

“I always see these articles saying there is a shortage of construction trade workers, but everywhere I go I see hundreds of them unemployed. There is definitely no shortage of these workers, there’s just a shortage of people willing to work for sub-par poverty wages. That’s why these Mike Rowe types want to flood the labor market. Don’t believe any of that s*** if you read it,” wrote a man named Chad via Facebook.

“Obviously, I’m aware that some people refuse to work because they believe the pay is too low,” Rowe responded. “People like that exist in every industry, and the construction trades are no different.” However, the success host argued that this isn’t the sole reason that “6.3 million jobs are currently vacant. The fact is, starting salaries in the skilled trades rival or exceed those of many more popular careers.”

“I often post about opportunities in the skilled trades, but unlike your claims, mine are easy to verify. According to the BLS, 6.3 million jobs are currently available – the vast majority of which do NOT require a four-year degree. Many of those jobs exist in construction. I’m not making this up, Chad. It’s right there in black and white. So too, is the amount of college debt currently on the books – 1.5 trillion dollars. A rather tidy sum, considering half of those who borrow money for tuition don’t even graduate,” wrote Rowe.

It seems the majority of the reason so many people don’t succeed at trade work is because they want to get paid a lot of money without doing a whole lot of work. The old “protestant work ethic” is dying out.

Let’s hope that as parents begin to wake up to the reality that college degrees may not always be the answer, they learn to teach their kids that no work is beneath them and that every task you set your hand to deserves your best effort. 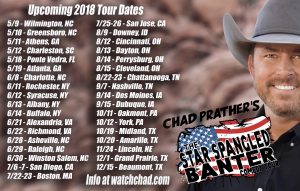