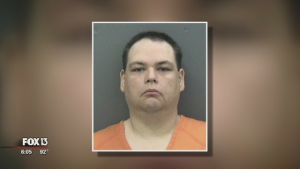 This world has always been full of hateful and crazy people, but there is something about social media that seems to be making the whole world crazy.

If you don’t think that the degree to which Americans hate other Americans these days has nothing to do with how easy it is to trigger or be triggered with the click of a button and the share of a meme or post, you’re clearly not paying attention.

Well, pay attention to this: some dude just legit shot another man after arguing on Facebook. I’m sure many people are familiar with how easy it is to argue with old high school friends or random acquaintances on social media, but in this case, it was almost deadly.

And yes. The gunman was a Democrat. Funny how Democrats change their tune on weapons whenever it comes to expressing political beliefs, isn’t it?

On Tuesday, Tampa police responded to a South Tampa home where a man was reportedly shot. The victim told police he knew who shot him and why: He and his attacker had gotten into a heated argument about politics on Facebook, only the fight didn’t stay online.

“Apparently it started out as something political, something having to do with [President] Trump. We’re not sure what, exactly. It escalated. There were threats, there were nasty comments,” said Steve Hegarty, a spokesperson for the Tampa Police Department.

According to a criminal affidavit, the eventual victim stoked the flames by sending explicit messages and threats to his Facebook friend.

Those threats appear to have prompted Brian Sebring, 44, to show up at home near Ballast Point in Tampa, where Alex Stephens was currently living. Anticipating a fight, Sebring told officers he armed himself with a compact Glock semi-automatic pistol and an AR-15 carbine.

When Sebring arrived at his Facebook friend’s home, an affidavit said he honked his car horn to summon the man from the house.

When the man came out, police say he “immediately charged” at Sebring. Sebring then drew his pistol and fired two shots at the victim, hitting him in the thigh and buttocks.

Sebring fled the scene but later turned himself into police.

If you are an opinionated Facebook poster, you might want to consider being tactful with the way you reply to critics.

That, or get some body armor.