Major Texas City In Desperate Need Of French, African Dialect Speakers. Give You Three Guesses Why. 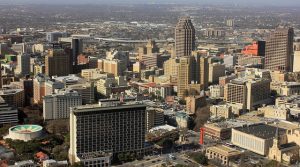 The city of San Antonio, Texas is in desperate need of French, African dialect speakers as flood of immigrants from the region cross the southern border.

When folks on the left act as if conservatives are racist for wanting strict border security and a wall to stop illegal immigration, this is what they’re forgetting. No one is wanting to specifically ban Mexican folk from the country. What’s really concerning is how easy it is for people from all around the world to access the nation through our lax southern border.

Interim Assistant City Manager Dr. Collen Bridger told local CBS affiliate KENS on Thursday in a story that details how the city is now scrambling to find French-speaking volunteers to deal with the recent influx.

“We didn’t get a heads up,” Bridger told the outlet. “When we called Border Patrol to confirm, they said, ‘yea another 200 to 300 from the Congo and Angola will be coming to San Antonio.'”

Bridger told the news station that Congolese migrants began to arrive in the city on Tuesday. The migrants told local officials that they came with a group that went through Ecuador to the U.S. southern border. One of them told the news outlet that he came to the border to seek asylum and bring his family over from the Congo region.

And that large number of asylum seekers from Francophonic portions of the African continent has city officials on the lookout for anyone who can come help break down the language barrier and get them to their final destination.

“If you speak primarily French and can come spend 6,7,8 hours, that would be really helpful,” Bridger said.

This proves yet again that we as a country just simply cannot support the massive influx of individuals crossing over the border and as a result, border cities are straining to keep up with the demand for help these people present as they’re crossing over.

Apparently, in other countries, folks just assume we have an endless supply of resources to help feed them and care for them. They don’t seem to grasp that we can’t afford to keep them here, which is why we want to seal the border. It’s not fair to take resources that belong to actual citizens and give them away to those who are not contributing members to our society.

What a mess, folks.