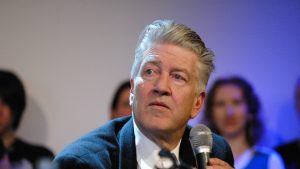 Veteran Hollywood director David Lynch may have just dealt his own career in the entertainment industry a fatal blow, as he dared to break with the group think of the movie business and paid President Trump the ultimate compliment.

Lynch recently spoke to The Guardian, where he stated that while he’s not big into politics, he believes Trump might be the greatest president in American history.

Speaking to The Guardian over the weekend, the director said that President Trump “could go down as one of the greatest presidents in history because he has disrupted the thing so much.”

While David Lynch supported Bernie Sanders during the primary and voted for Libertarian candidate Gary Johnson in the 2016 election, he admits that Trump may have been the right choice.

“I am not really a political person, but I really like the freedom to do what you want to do,” Lynch said. “[Trump] could go down as one of the greatest presidents in history because he has disrupted the thing so much. No one is able to counter this guy in an intelligent way.”

“Our so-called leaders can’t take the country forward, can’t get anything done,” he added. “Like children, they are. Trump has shown all this.”

The fact that Lynch is a Democrat now is what makes this comment so much more shocking than it already was. This is a man who has created and directed some great pieces of art, and yet here he is, bucking the popular view and taking a different direction with the expression of his own opinion.

It’s sad something like this is big news, but we’ve become so saturated with leftism in every facet of culture that it’s a huge deal when someone like Lynch goes against the grain.

Here’s to hoping he doesn’t get blacklisted.