Mainstream Media Outlets And Activists Assumed Colorado Shooter Was White, Deleted Their Posts When They Found Out He Wasn’t 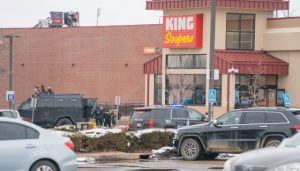 It took no time at all for liberal activists and media hacks to assume that the person responsible for the mass shooting in a Boulder, Colorado grocery store was a “white supremacist,” before the police ever released his identity.

Then, when news organizations started to report that the suspect had been caught, many verified (blue check) Twitter accounts started suggesting that the shooter just had to be a white guy, because a man or woman of any other race would’ve been shot be police at the scene.

Well, the suspect was shot at the scene, in the leg, and was then taken into custody. He was described by many individuals in the media as an “angry white man.”

Amy Siskind, a feminist activist, said the shooter was “almost certainly a white man” because he was apprehended. Once she learned the race of the suspect, however, she pivoted to suggesting people mourn the victims and not focus on the identity of the killer. Author Meena Harris, niece of Vice President Kamala Harris, posted then deleted a tweet declaring, “Violent white men are the greatest terrorist threat to our country.”

Caleb Hull, a Republican strategist, compiled a list of similar statements from reporters and activists, many of whom have deleted their original tweets once they learned the suspect was not white, but of Arabic descent.

THREAD: Here are all the idiotic leftists who immediately jumped to politicize the tragic Boulder shooting to push their narrative, only for it all to fall apart when it turns out the shooter is muslim…

The suspected shooter, a 21-year-old who will not be named per Daily Wire policy, killed 10 people at a King Soopers grocery store on Monday, including one police officer. While his Arabic name may prompt new assumptions about his motive, members of his family have told the Daily Beast that the suspect suffered from mental illness, was “very anti-social” and paranoid. The suspect’s brother said that in high school, the suspect claimed he was “being chased, someone is behind him, someone is looking for him.”

“When he was having lunch with my sister in a restaurant, he said, ‘People are in the parking lot, they are looking for me.’ She went out, and there was no one. We didn’t know what was going on in his head,” the brother said.

The suspect’s brother went on to say that the motivation for the shooting may not have had anything to do with politics.

“[It was] not at all a political statement, it’s mental illness,” he said to the folks over at the Daily Beast. “The guy used to get bullied a lot in high school, he was like an outgoing kid but after he went to high school and got bullied a lot, he started becoming anti-social.”

The brother also stated that another sibling and other family members were being detained by police and their home was being searched.

According to official sources, the suspect was born in Syria, but spent a significant portion of his life here in the United States.

Posts rebuking President Trump were found on his Facebook page. You probably won’t hear a thing about that from the media. They’d hate to admit one of their own did this crazy crime.