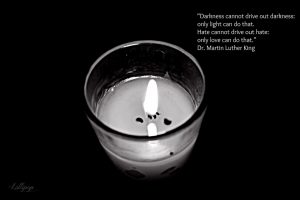 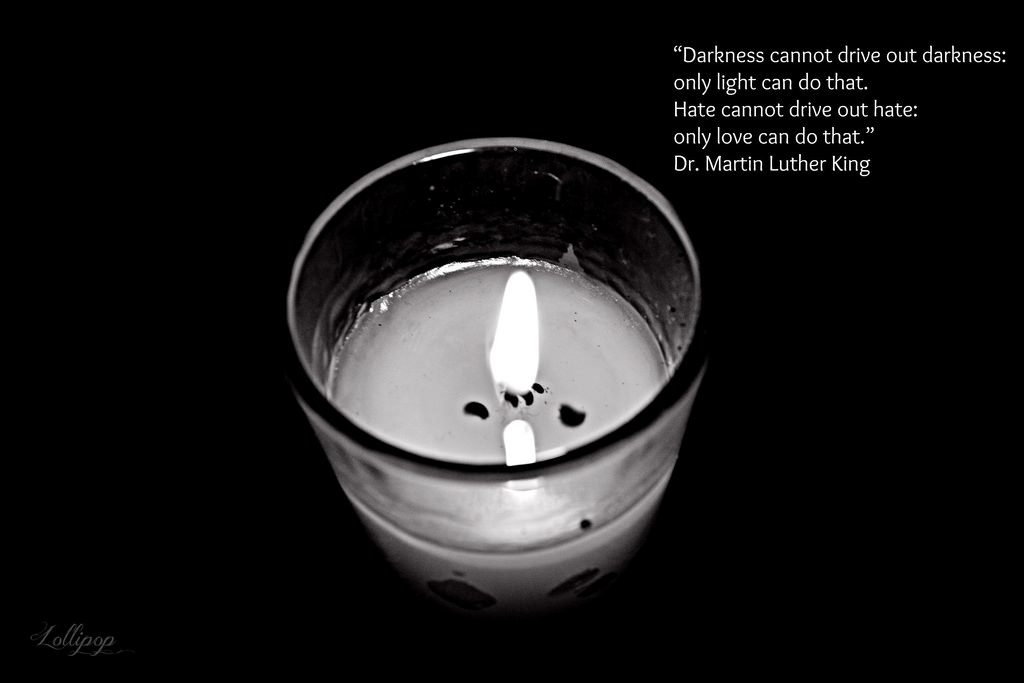 Two-year-old Aaliyah Garett had a problem last year, and she did just what her mom had taught her to do in an emergency. She dailed 911. Deputy Martha Lohnes, then of Greenville, South Carolina, responded since she was already nearby. Aaliyah’s grandfather, babysitting while her mother worked, wasn’t aware the little girl had called for help. He didn’t know what to think when Deputy Lohnes knocked on the door. Thankfully, the emergency was a small one – by adult standards, anyway. Aaliyah couldn’t get her pants on by herself.

Instead of leaving in a huff or giving the two-year-old a stern talk about appropriate 911 calls, Deputy Lohnes sat on the stairs and answered her call for help. It was reported she even tied the girl’s shoes before resuming her patrol. For Lohnes, it was just part of the job.

Last September, the former deputy packed her things and left Greenville for South Carolina’s Lowcountry and a job with the North Charleston Police Department. She made the move because the area gave her more chances to make a positive difference. In an interview with WCSC’s Live 5 News in Charleston, she said, “Kind of bad areas with bad things going on, that’s where I can shine the most and be the most light.”

Based on her past actions, Officer Lohnes probably spends some part of each day helping people in small ways and spreading good will. She doesn’t broadcast her deeds, and the media doesn’t usually highlight such behavior. Last week, however, her message to a larger – a much larger – audience.

While on patrol, Officer Lohnes regularly saw a woman under one of the overpasses in the city. The woman’s name is Priscilla. When Lohnes saw her swollen legs, she stopped to see how she could help. It turned out Priscilla was having trouble cleaning her foot, which was badly infected. Instead of turning away or calling someone else, the officer knelt and gave assistance. It turned out EMS was stopping in daily, as well, but Lohnes stayed true to her mission to spread light in her community. 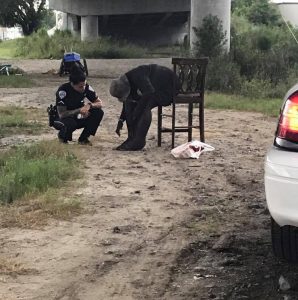 Someone snapped a picture of the encounter, and Officer Lohnes decided to post it on her Facebook page. “I thought it was powerful,” she told WCSC, “and I wanted people to see the other side of police work that a lot of times isn’t in the headlines.” She hoped the photo would reach her Facebook friends and maybe a few people beyond. It traveled further than she ever imagined. Within a couple of days, the post had more than 10,000 reactions and more than 5,000 shares.

Officer Lohnes was right about the headlines. We’re blasted with coverage of brutal misdeeds by law enforcement officers, often starting before bodies have cooled or crime scenes have been cleaned up. Once launched, the story will never change, even when the officers involved have been cleared. In fact, not even credible video showing cops acting in self-defense will deter the media assault. And the story won’t die until either something happens that draws better ratings or the public gets so sick of the story they finally turn it off.

To make matters worse, domestic terrorist groups like BLM riot in the streets, block highways, and create havoc in our cities – almost always over a criminal who either threatened or attacked law enforcement officers, rescue workers, or innocent civilians. Like too many in the media, these are people who would never let facts impede their rush to judgement. To them, truth is just the strongest emotion lighting up their brains at any given moment.

According to those pushing the anti-law-and-order agenda, cops are jackbooted stormtroopers, heading out every day to prey on the weak. It would be easy for those in 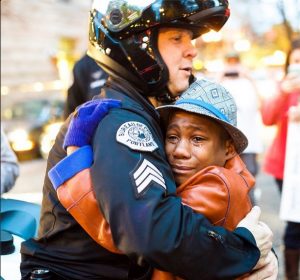 law enforcement to become hard and uncaring in the current environment, but most remain compassionate, courteous professionals, dedicated to keeping us safe to pursue happiness as we enjoy our lives and liberty.

In his 1967 book, Where Do We Go From Here? Chaos or Community, the Reverend Dr. Martin Luther King, Jr. wrote,

“The ultimate weakness of violence is that it is a descending spiral, begetting the very thing it seeks to destroy. Instead of diminishing evil, it multiplies it. Through violence you may murder the liar, but you cannot murder the lie, nor establish the truth. Through violence you murder the hater, but you do not murder hate. In fact, violence merely increases hate. Returning violence for violence multiplies violence, adding deeper darkness to a night already devoid of stars. Darkness cannot drive out darkness; only light can do that. Hate cannot drive out hate. Only love can do that.” (emphasis added)
Officer Lohnes lives out Dr. King’s vision as she patrols North Charleston each day. “We’re all human, like, all of us are,” she said in the Live 5 interview. “We all want to get along and…to have a good relationship. No one wants to hate the other side.” Immersed in the twenty-four-hour news cycle, it’s easy to think hate has prevailed. This cop proves it hasn’t.