WHAT? Look What’s Being Protested NOW! 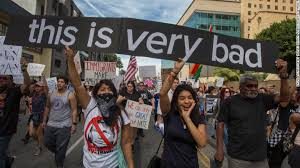 So much for being a productive part of society! I’d rather protest!

One group in St Petersburg, FL has decided that they need to host a very big protest on September 8 for an important cause. Based on a Facebook event invitation over 6800 people have responded with interest in attending.

What are they protesting? Why Hurricane Irma of course! Their philosophy is “why run from it when we can face it!” They plan to storm the beach to fight the oncoming storm and refuse to let Irma bully them and destroy their houses.

So for the next few days there’s a chance that you might see liberal snowflakes falling from the sky holding tightly to their protest signs as Hurricane Irma scatters their bodies all over the eastern seaboard. 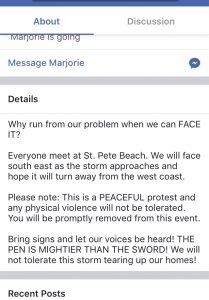