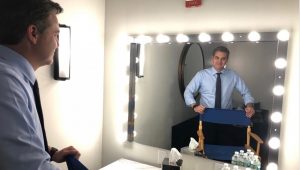 It’s been a pretty frustrating news week, so imagine my delight that not only had Jim Acosta announced he was writing a book, but Twitter has been thoroughly enjoying ripping him for it.

No, sadly, the forthcoming book from everyone’s favorite hack White House correspondent is not called “Dear Diary,” but the title is just about as laughable:

We are not the enemy of the people. And the truth is worth the fight… more coming soon… https://t.co/SpjoSBO2oD pic.twitter.com/QMoEuUSr4g

Now, to any thinking person, the fact that Jim Acosta actually lives in a world where he is supported in the idea that it’s dangerous to criticize the President is beyond me.

What a laughable premise. No one stops journalists from telling the truth and they are in absolutely no danger when doing so. https://t.co/DFDLQdZwfZ

After all, the mere existence of this book seems to add an awful lot of weight to the argument that it is a very safe time to tell the truth (or whatever it is you call what Jim Acosta considers journalism) in America:

But this doesn’t mean the book won’t be a success:

Just a friendly reminder for Jim:

It's such a dangerous time to be a reporter in the U.S. that you might… get a book deal from a big publisher, a PR blitz & plenty of opportunities to criticize the administration.