LOL: Clinton May Be Secretly Planning to Run Again in 2020 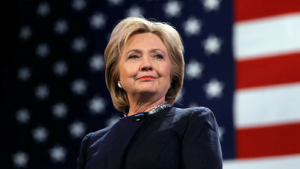 Now, this would be absolutely hilarious.

No one can deny that Hillary Clinton is tenacious, but I don’t think anyone expected her to consider a third failed presidential run–because that’s surely what it would be.

But over the past week, rumors have been mounting that, as she wanders around the country telling anyone who will listen all the reasons she thinks she lost the election other than her own repellant personality, terrible campaign tactics, and blatant criminal history, Clinton may very well be preparing for another go at the Presidency.

“Hillary Clinton is up to something,” writes Michael Goodwin of the New York Post. “Five times in the last month alone, she sent e-mails touting her super PAC’s role in combating President Trump. Most seized on headline events, such as the family-separation issue at the southern border.”

“Three days later, she was back again, saying that her group, Onward Together, raised $1 million and would split it among organizations working to change border policy, including the American Civil Liberties Union and a gaggle of immigrant, refugee, Latino and women’s groups,” he continues.

He explains that, when he shared his suspicions that she’s gearing herself up for a 2020 run with his liberal Democrat friends, they were all horrified at the thought, declaring they wouldn’t “give her a single dime.”

Yet, it’s hard to imagine she’s fundraising for other groups out of the kindness of her heart.

“The odds are zero that she is playing community organizer just to be a kingmaker. When it comes to money and power, the Clintons assume charity begins at home,” he says. “Here’s how I believe she sees the playing field, and why she can’t be ignored.”

There’s also the very harsh reality for Democrats that they basically have no one for 2020. Bernie can hardly be expected to win, Biden simply isn’t popular enough, and Elizabeth Warren is even more repellant than Clinton.

Trump’s victory was about much more than his own popularity; it’s also a direct reflection of the undeniable demise of the Democratic party as we know it. While some turn to socialism, others are hitching their wagons to the #WalkAway movement.

Whatever happens, it looks like we don’t have much to worry about for 2020. I’d say it’d be fun to watch Hillary fail once again, but to be honest, at this point, it would just be kind of sad.