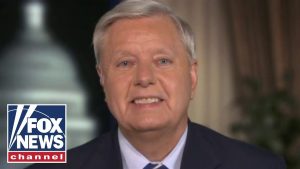 GOP Sen. Lindsey Graham recently declared a “big win” after the University of Notre Dame decided it would continue with plans to build and open a Chick-fil-A restaurant on its campus, despite objections coming from some of the students and faculty.

The almost 200 students and faculty members who expressed their opposition to the decision to bring the extremely popular, Christian-owned and operated restaurant chain to the campus were outnumbered by those who were in support of the move, according to the university.

“Our students have overwhelmingly expressed a desire to have a Chick-fil-A restaurant on campus, and we look forward to opening one early next year,” the university went on to say in a statement concerning the decision.

Undergraduates Tilly Keeven-Glascock and Joey Jegier voiced their objections in a July 1 letter to the editor of the student newspaper The Observer, saying the restaurant’s “long history of antagonism toward the LGBTQ+ community” was chief among their reasons for drafting an open letter to campus dining services to request an alternative to Chick-fil-A.

The letter to the editor pointed to CEO Dan Cathy’s donations to Christian charities and other matters.

“We believe, as we wrote in [university newspaper]The Observer, that there are a multitude of reasons to oppose Chick-fil-A: its anti-LGBTQ+ activism, reliance on animal agriculture, and lack of accommodations for students with special dietary needs, to name a few,” signers wrote in the open letter which asked campus dining to not bring in the restaurant. “Bringing Chick-fil-A to campus would run contrary to Notre Dame’s commitment to inclusion and desire to create good in the world.”

Notre Dame then said they “examined the concerns surrounding Chick-fil-A’s charitable giving, discussed them with company representatives, campus partners and students and believes that Chick-fil-A has responded to these issues in a satisfactory manner.”

Graham came out strong in support of Chick-fil-A in a series of Wednesday tweets, declaring he has “Chick-fil-A’s back” amid opposition from some at Notre Dame.

“It’s disappointing to hear some ND students and faculty want to ban Chick-fil-A from doing business on campus because they disagree with the values held by the Chick-fil-A founders. What a dangerous precedent to set,” Graham said in his post.

“I hope we don’t have to, but I will go to war for the principles Chick fil-A stands for,” the South Carolina Republican went on to say. “Great food. Great service. Great values.”