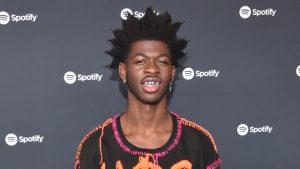 Rapper and songwriter Lil Nas X has once again proven that modern day progressivism is nothing more than moral rot and decay after he encouraged a pregnant fan on Instagram to get an abortion.

This dude is absolutely disgusting in just about every way you can think of. Yet the left will lift him up as some sort of hero. Guarantee it.

“I think I’m pregnant,” the fan wrote in. Nas, whose real name is Montero Lamar Hill, responded in an apparent attempt at humor, “Congratulations! Get rid of it.”

Even if the comment was distastefully said in jest, Nas is certainly without respect for the pro-life community. When Live Action reported on his directive to a fan to have an abortion, he replied by mocking the site.

“No one cares, ratio,” the rapper posted, captioning a video promoting his raunchy song “Holiday.”

no one cares, ratio.

This guy is a real piece of work. Unfortunately, the vast majority of people in our culture today have been persuaded that it’s okay to murder unborn children.

What they don’t seem to grasp is that one day they’ll be held accountable for their support of child sacrifice when they stand before God. They’ll be begging for His mercy over the blood they’ve spilled.