Life or Death: Do You Know The Cost of Illegal “Immigration?” 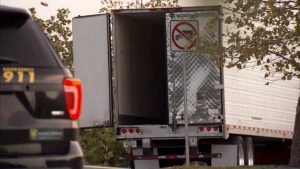 America is a land of immigrants. It’s who we are, and if we ever had cause to forget it, the left is right there to remind us that we’re all Americans from somewhere else – African-Americans, Mexican-Americans, Asian-Americans, and the dreaded European Americans, to name a few. The fact that they can’t ever put America first tells us something, but that’s another topic. The point is, we have immigration laws in place to help us grow and to protect both our country and those who want to become a part of it. The left’s agenda demands a different narrative, however.

According to those who politically identify most closely with blue donkeys, conservatives hate all immigrants. In blue-donkey world, anyone who thinks national borders are a good idea really just wants a gentrified, privileged populace where poor people, minorities, and foreigners are thrown to the gutter. The fact that conservatives have only called for enforcement of existing immigration laws, many signed by none other than Bill Clinton, doesn’t deter their tirades. Having 6.6 million LEGAL immigrants raise their right hands and become naturalized U.S. citizens over the last ten years doesn’t dissuade them. The truth doesn’t support their cause, so they play fast and loose with their words to make their case look better.

In the real world, what conservatives don’t like is illegal immigration. That word – illegal – kind of says everything that needs saying, but it could hurt people’s feelings by suggesting they broke the law or making them feel as if they don’t belong. That’s why our visitors who evaded normal immigration avenues and entered our country by swimming a river, trekking through the desert, or hiding in a vehicle are called undocumented workers. According to our friends on the left, they’re just regular folks trying to make their way in the world, anxious to contribute more than they take. Actually, that’s probably true – about those 6.6 million new American citizens who chose to obey the law.

You might think that twisting words would be enough to serve The Agenda, but you’d be wrong. It turns out numbers can be just as hurtful as words when you’re trying desperately to get your way. Every study conducted into what illegal aliens cost U.S. taxpayers each year claims a different amount, depending on how the organization views the issue. Some have claimed the number is less than $50 billion, while others have put it at more than $100 billion. Factcheck.org looked into an email claiming the cost of educating the children of illegal aliens was $338 billion per year. They labeled the email false, and made a big deal over their conclusion that U.S. taxpayers lay out only about $10 billion for those education costs each year. Only $10 billion. Well, what’s the worry there? That’s just pocket change!

For eight years the left had free rein to label unpleasant truths with more palatable words designed to manipulate the public’s emotions and gain favor for their programs. We will pay the price for Mr. Obama’s time in the Oval Office for decades to come. Those who rely on mainstream media outlets to get their news have received a steady diet of immigrant-hating conservatives and noble undocumented workers. We’ve been inundated with a steady drumbeat of drivel telling us that an action can’t be wrong if the perpetrator’s intentions are good, so it’s really okay for people to just ignore the law if it gets in the way of their search for a better life. Like water dripping on a stone, even the most foolish ideas will eventually wear away all but the strongest mental armor. Tearing out the rot and replacing it with a good, strong foundation of reason and empathy will be a daunting task for future generations.

Money continues to dominate discussion about illegal immigration. How much does it cost? What happens when illegals are gone? Who will fill the manual labor jobs? Our government’s handling of the issue over most of the last ten years has led to a cost that can’t be measured with dollars, however. We’ve created the perception that once someone has settled in the U.S. all will be forgiven, kind of like squatters’ rights in the old west. Then reality hits. Families are torn apart. Tragedies occur every day not, as the left claims, because of heartless conservatives and brutish government agents, but because a parent or spouse made the decision to break the law.

On July 22, police in San Antonio found thirty-nine people, all suspected of crossing the border illegally, locked inside the trailer of a big truck. Despite the high temperatures, they had no water and no air conditioning. In fact, they had very little air. Survivors say they took turns breathing through a small hole in the trailer’s wall. Eight were dead when police broke open the doors. Two died later.

One of the victims was nineteen-year-old Frank Fuentes. Frank was smuggled into the U.S. with his parents when he was three. He grew up in Fairfax County, Virginia, and graduated from J.E.B. Stuart High School. Soon after, he was arrested for assault while part of a mob, as well as petty larceny and pickpocketing, and deported back to his native Guatemala. Frank Fuentes and his family were allowed to call Virginia home even though they failed to obtain proper documentation. Our national policy toward illegal immigration made Frank so comfortable that he seemed to think it was worth risking his life to come back. His gamble didn’t pay off.

The ones crying the loudest over this tragedy are the very people who have fought against any kind of accountability for those crossing our borders to make a life in our country. They will be working hard to pin this tragedy on those who would have prevented it sixteen years ago. They don’t understand that the immigration laws they rail against and encourage people to thwart weren’t put in place only to protect America. They were enacted to protect Frank Fuentes, too.