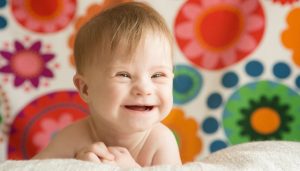 Center for the Study of Partisanship and Ideology president, and apparently big supporter of killing unborn children in the womb, Richard Hanania decided to share his thoughts about the Supreme Court’s decision to allow the Texas “Heartbeat Law,” which essentially bans abortions after six week of pregnancy, stating that stricter abortion regulations might mean more kids will be born with Down Syndrome.

Because apparently those kids don’t deserve a chance to live, despite the millions that do and have enriching lives.

Although Hanania did not appear to make a value judgment on the matter in his tweet, he is clearly supportive of laws allowing parents to elect to abort a differently abled child, including a child with Down Syndrome — and he goes on to suggest that the “whole developed world” would look down on Americans who allow such barbarism.

“You can’t screen for Down syndrome before about 10 weeks, and something like 80% of Down syndrome fetuses are aborted. If red states ban abortion, we could see a world where they have five times as many children with Down syndrome, and similar numbers for other disabilities,” Hanania went on to write.

He later insisted that he was simply making an empirical observation, but in a second tweet, he added that America “[c]ould be outliers in the whole developed world. There are already negative stereotypes of Americans in these states, one can imagine it getting much more extreme. What if they also ban genetic engineering and embryo selection, while other places go ahead?”

It might not actually be that shocking that Hanania is such a big fan of genetic engineering.

He later went on to suggest that conservatives might end up scandalized by the fruits of their support for restrictions on abortion — in reality we should be striving toward total abolition — when it might increase the amount of tax dollars required to create social safety nets and welfare programs to support Down Syndrome children, and that liberals might also change their tune if their tax dollars were then redirected to states to help support these kids.

“Will they maintain their belief in a small safety net and lower government spending in such a world? Would liberals change their minds about government spending if it ends up going to states that have much higher costs due to these laws? Many interesting things to think about,” he continued.

The response to his opinion was likely not what Hanania anticipated.

“I’m perfectly happy with a world with more people with Down syndrome in it,” conservative podcaster Allie Beth Stuckey shot back at Hanania. “I’m sorry you aren’t. Big eugenicist energy.”

Others then went on to note that Hanania probably isn’t alone in his perception of how abortion bans could potentially play out. After all, Planned Parenthood founder Margaret Sanger was a huge fan of eugenics.

“It’s helpful when the pro-abortion movement is this clear about their motivations,” Republican strategist Matt Whitlock said.

“This is the worst take I’ve read in a long time,” commentator Calvin Robinson went on to say. “People with Down Syndrome are people, Richard. They are loved and valued like everyone else. Show some compassion. You’re talking about human beings as if they are undesirable quantities to be eradicated through eugenics. Wicked.”

Some went on to say that Hanania must not personally know a lot of pro-life folks.

“Yes— pro-lifers believe everyone, even those with Down syndrome or other physical or intellectual disabilities, have the right to life. And most pro-lifers believe more needs to be done for parents & families in these difficult situations to help them care for & raise these kids,” Jerry Dunleavy replied.