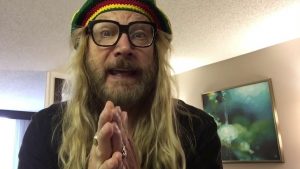 Liberal Larry, that bleeding heart hero of social justice warriors worldwide, is back with an urgent message.  This time it’s directed to dictator Kim Jong Un of North Korea.  Kim, according to Larry, is in desperate danger from the “Not My President Donald Trump.”

Larry’s solution: Move to California Lil Kim and live with him.  Apparently the benefits about for deposed despots like Kim and they even include possibly starring on Dancing with the Stars!

What do you think?  Will Kim Jong Un listened to the sage and passionate advice of Liberal Larry and embrace the path to safety? Watch the video below, and you decide!