Let’s Raise the Minimum Wage – So you can go broke! 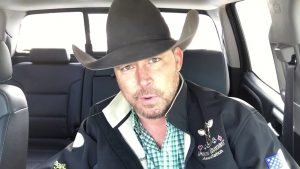 I’ve obviously never been one to shy away from giving my opinion on controversial issues.  Some love me for that and quite a few have expressed their unabashed hate.  I’ll survive.

One of the issues that bears more conversation is the idea of raising the minimum wage to $15.  I state my opinion quite eloquently (I must say. It’s humor folks. Get over it.) in the video below but I’ll add a few other thoughts here.  The current federal minimum wage is $7.25 per hour in the United States.  Proponents of raising the wage want that to more than double. Is that really a feasible, logical, or even practical goal?

It’s impossible to create a fair minimum wage.  A person living in Stillwater, OK can make a dollar go a lot farther than the worker in New York City because of the drastic cost of living difference.  One could argue that the New Yorker could make more.  See my point? It’s not fair.

Raising the minimum wage to a certain level becomes economically untenable for many employers and also becomes a form of bribery on the part of politicians.  To raise it to that level can create an environment whereby automation becomes inevitable reducing the need for human workers at all.  Not to mention, it reduces the incentive to improve one’s skill set and education in order to pursue a more lucrative career.

Remember: Just because the minimum wage is $7.25 doesn’t mean you are forced to take it.  Go get a job that pays more.  Get the qualifications necessary to earn it. The number of people in the American work force making minimum wage is less than 5% today.  Think about that. No one is forcing you to flip burgers in a country where opportunities abound.

A quick study of economics will reveal that raising the minimum wage to that level actually does more to hurt the impoverished than help them. Besides the inflation that will ensue, the earned income credits will be reduced with an increase in income that will directly affect those single moms struggling to get by with an hourly job. You’ll earn more and make less. Also, about 85% of minimum wage earners are teenagers living with parents, single adults, or spouses of someone earning more.  They are not exclusively dependent on that wage in most cases nor do they have others depending on their income.

It’s pretty simple folks: Entry level jobs are not intended to be a lifetime source of income. If you think that I’m being cruel and uncaring in my assessment I would encourage you to think through the facts and see that raising the wage does more all around harm than good. Watch the video below.