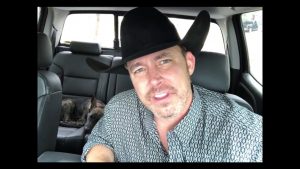 Who needs free speech anymore?  It’s no longer free. Not when feelings are at stake.

I want to know WHO is raising this generation of kids that can’t handle even the softest expressions in life? Southern Methodist University has stated that the annual 9/11 memorial of placing 3000 flags on their campus’ Dallas Hall lawn must be moved because it could be “triggering to students.”

Yes, you read that correctly! The little flags on the ground may possible offend people. We come to this day and age whereby people find their identity in things that offend them or make them uncomfortable. The antennae are on full alert.

They changed the statement  to say their students have a right to be “free from coercion and harassment.” That’s right…coercion and harrassment…from small American flags.

Welcome to 21st century America. We have a major university that wants to shield individuals from things that offend them such as the American flag.

This generation of so called progressive activists is unbelievable.  One could conclude that they want to make the entire world into a safe space.

Here’s the problem with many of this millennial generation: They are formally educated yet lack intelligence. They are spoiled rotten. They have no idea what it means to be told no or to do without. 70% of this generation have been misled, misguided, pampered, babied, and expect the world to take care of them.

In their minds the word free has been replaced with the phrase “government funded.”

And they think they deserve it all.  I guess their arts and humanities courses don’t help  much to understand economics.  But nonetheless these kids think they deserve everything.  Including their right to protest any and everything that is precious to the majority of hard working Americans with tried values that serve a purpose.

Listen boys and girls! You have been spoon fed your entire lives. You’ve had your butts kissed rather than whipped by parents and teachers alike.  You’ve gotten trophies, stickers, gifts and cash for everything from losing a tooth to a good report card.  You don’t think you should do anything in life unless you receive a reward or attention for it.  You honestly think you deserve to be successful and ridiculously believe that working 9-5 will help you get there. You can’t handle criticism.

In fifteen years you will discover that you are incapable of being a self sustaining adult.

You actually believe the path to greatness is found in following the crowd rather than going against the grain and being an individual. You’d rather surf the web than do work.  Who wouldn’t?  The problem is you expect to be rewarded for it.  Instead of true discipline you received “time out,” and it failed.

Here’s the real problem:  Major institutions like our universities are rewarding your stupidity.  No on on the planet cares about your feelings of offendedness.  No one!  The only reason your school pretends to is because of your parent’s money.  There are many many young people across this country that have a great ethic, value system, and understand how the world works.  However, I receive messages on the daily that tell me how I’m wrong and need to update my way of thinking because America has progressed beyond my antiquated way of believing.  I get pictures of flag burnings and other expressions of ignorance.

If you are triggered and offended by a memorial to 9/11 then you need to get your life together and grow up.  Maybe you’re too young to remember bodies falling from the sky and and the pentagon on flames as twin towers fell.  Those little flags that offend you represent lives! The lives of people who simply went to work one day, or got on an airplane, with no thought of the attack and disaster that would happen that morning.  We watched on tv as thousands of souls entered eternity and then the tv’s went blank.  And. We. Cried.  We came together as a nation and we wept.  And now we choose to remember and it offends you.

Well you offend me.