Less and Less Freedom for “Moore”! 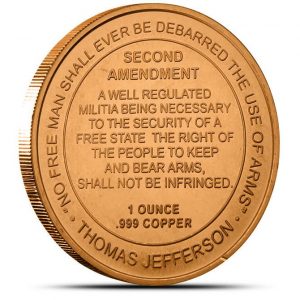 Today, October 4, in a Facebook message,  Michael Moore, the documentary filmmaker and left-wing activist proposed a new amendment to the constitution that would guarantee that “states can have State militias (a.k.a. State National Guards which are made up of citizen-soldiers who are called upon in times of natural disasters or other State emergencies).” It would also allow “individuals to use guns for sport and gathering food” and “guarantees everyone the right to be free of, and protected from, gun violence (i.e., the public’s safety comes ahead of an individual’s right to own and fire a gun).”

In recent years an argument has become popular on the American Liberal Left that the Second Amendment means only that a “well regulated militia” has the right to bear arms, not individuals. The idea is that, say, the State of Georgia can form a militia and arm it accordingly, but individual Georgians have no inherent right to the private ownership of firearms.

Liberal gun control, i.e. gun confiscation advocates want to know who needs a gun like an AR-15. Then they tack on an “assault” rifle to make it sound so menacing and dangerous. The reality is any weapon — any type of gun, knife, club, etc. can be an assault weapon. From their leftist seat of moral and judicial superiority, they want to know how many rounds do you need to be able to fire per minute to kill a deer, or ward off a burglar? Does anyone really need a 25-round magazine? Isn’t the only reason for such firepower to make killing people as efficient as possible? Isn’t this a weapon of war? Why would American civilians need to own weapons of war?

This, in one sense, is precisely the right question to ask. The Second Amendment, after all, doesn’t recognize our right to hunt deer or protect ourselves from criminals. Owning guns certainly makes doing those things easier, but it’s not why the Founders bothered to codify gun rights. They were getting at something else—the right of revolution. Simply put, the purpose of the Second Amendment is to give the people the means to overthrow the government in the event it becomes tyrannical.

Economist Walter E. Williams reminds why the Founding Fathers considered it necessary to draft the Second Amendment — not as something that allows free Americans to hunt, but to ensure a well-armed citizenry that is free to defend itself from a government that seeks to destroy their liberties.

Moore’s proposal: I, Michael Moore, along with all who support an end to this epidemic of gun violence, propose a new Amendment to our Constitution that repeals the ancient and outdated 2nd Amendment (which was written before bullets and revolvers were even invented), and replaces it with a new 28th Amendment that guarantees States can have State militias (a.k.a. State National Guards which are made up of citizen-soldiers who are called upon in times of natural disasters or other State emergencies), allows individuals to use guns for sport and gathering food, and guarantees everyone the right to be free of, and protected from, gun violence (i.e., the public’s safety comes ahead of an individual’s right to own and fire a gun).

This amendment would allow states and the federal government to pass laws that would regulate gun ownership in the following manner:

These are a few of the regulations that can be enacted to both protect society yet not deny hunters and sportsmen their fun. This is the sane approach that meets everyone’s needs — everyone, that is, except those of the serial killer, the mass murderer, the violent ex-husband, the disgruntled employee or the disturbed and bullied teenager. We will never eliminate all murder; that’s been with us since Cain killed Abel. But we CAN join the community of enlightened nations where gun violence is that rare occurrence — as opposed to the daily tragedy we now suffer here in the United States of America. This can come to an end with the repeal of the 2nd Amendment and replacing it with the 28th Amendment.”

Please, no more of this Moore’s leftist solutions for all of us ignorant, God-fearing, flag-honoring, freedom-loving, Big-government opposing, Constitutionalist!