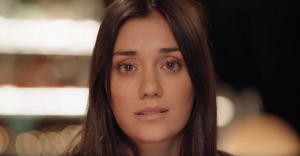 A recent ad for a high-end exercise bike has sparked a massive leftist backlash, leaving woke and business-savvy folks like Deadpool star Ryan Reynolds in a prime position to make a buck.

At the start of the holiday shopping season, Peloton aired an ad that, to any normal person, is heartwarming at best and innocuous at worst.

The ad features a wife whose husband buys her one of the company’s bajillion-dollar exercise machines as a Christmas gift. She then proceeds to demonstrate Herculean discipline by actually using the damn thing (this part convicted me) for an entire year, joyfully recounting her experience.

To the ultra-enlightened left, however, the husband is clearly an emotionally abusive, controlling, fat-shaming patriarch and the wife should probably file for divorce.

Vice puts it this way:

To anyone who hasn’t seen a commercial for the wildly expensive subscription home-exercise bike, the horror imbued in the scene above may feel obvious or overwrought. To that I say: Watch the clip, and tell me this shit isn’t wildly sinister. Her grim motivation that pushes her to drag herself out of bed combined with exclaiming at the camera how blatantly, inexplicably nervous the Peloton makes her paint a bleak portrait of a woman in the thrall of a machine designed to erode her spirit as it sculpts her quads.

In a new ad from Reynolds’ Aviation Gin, the patriarchy police get their wish and the actress known as “The Peloton Girl” apparently gets a divorce:

Naturally, leftists applauded Reynolds and the Aviation ad. Because what’s better than drowning your marital woes in gin?

As much as I adore capitalism, it’s still obnoxious as all hell to make a buck off of the woke outrage inspired by the Peleton ad, especially in light of the fact that Peloton is apparently gushing capital after the backlash.