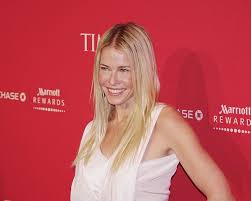 Temperatures will be pleasant in Washington, DC tonight, for mid-August, anyway. High humidity, however, will make the evening unpleasant for those who find themselves out and about. At 11:00 pm, crickets will be filling backyards and parks with music, and parents who tucked their kids into bed earlier will be relaxing after that last glass of wine has washed away the noise of the day.

They’ll be irritated when the house or apartment building begins to shake, then concerned. The distant rumbles and metallic clanking will cause them to worry. Worry will turn to fear when children leave their beds to ask what’s going on. The parents will pull up CNN or Fox News on their phones or turn up the volume on the TV as they send the kids back to bed with assurances everything is fine.

Their faces will go white when they see images of M1 Abrams tanks rolling down Pennsylvania Avenue. By the time the White House is surrounded, they will have checked the locks on their doors and pulled their children out of bed. They’ll huddle together in their bathrooms or pantries, terrified that Russia or China have taken over the United States government, or that maybe ISIS has made good on their threat to raise a flag over Washington.

In the White House, dead Presidents will stare from picture frames into quiet, empty hallways. The First Family will probably be in the living quarters, the President winding down after a grueling day as the most powerful man in the world. He may jump up in surprise when the door is thrown open and Secret Service agents pile into the room, forming a flesh-and-blood shield around each family member. He’ll demand to know what’s going on as they’re lifted from their feet and rushed towards the basement.

But they’ll never make it. United States soldiers and Marines will have neutralized the Secret Service detail protecting the grounds, and the M-16’s aimed at the First Family will bring the surviving agents to a halt. Facing military fire power with a service revolver is both brave and foolish, but the U.S. Secret Service is made up of incredibly dedicated men and women who have sworn to give their lives protecting our President and his family. Unless they are part of the plot, they will hold their ground until ordered by the President to stand down.

The Chairman of the Joint Chiefs of Staff will approach when the Secret Service agents have been disarmed and the area is secured. He’ll tell the President that the military is now in charge of the government and will be installing a new leader, one who represents the values and ideals of the American left.

Not everyone in the military will go along with the plot, however, and some civilians will see what’s going on and stand with them. Sounds of the battle raging throughout Washington will fill the silence in the White House as the President weighs his options. Homes and businesses will be destroyed while he grapples with possibilities. Thousands of civilians will be dead by the time he’s lead away in handcuffs.  Half of Washington, DC will be a smoldering ruin when a man wearing four stars on the shoulders of his green tunic addresses the world and announces the U.S. President has been ousted in a successful coup.

That’s the vision Chelsea Handler and Sarah Silverman have for America. On Febrary 1 of this year, Silverman tweeted, WAKE UP & JOIN THE RESISTANCE. ONCE THE MILITARY IS W US FASCISTS GET OVERTHROWN. MAD KING & HIS HANDLERS GO BYE BYE. Notice every letter is capitalized. Handler took the rhetoric up a notch last week when she posted, To all the generals surrounding our idiot-in-chief…the longer U wait to remove him, the longer UR name will appear negatively in history.

Of course, that’s not what they meant at all, and taking their words literally is hateful and antagonistic. However, it’s hard to mistake the intent of those words. These champions of tolerance are calling on the military to force their will on the American people. Let that sink in… They want to force their vision of onto their fellow citizens at gunpoint, and most of the Hollywood elites seem to agree. No wonder they don’t like the Second Amendment!

Thankfully, the men and women who compose our armed services are professionals who take their oath to defend the Constitution against all enemies, both foreign and domestic, seriously. Unless the President is actively working to turn U.S. sovereignty over to a foreign power, it’s a scenario that will play out only in the warped minds of the lunatic left.

Maybe these celebrities don’t understand what it is they think they want. It’s possible they are considerably less intelligent than they believe themselves to be. A case could even be made that intolerance has made their perspectives so narrow they can’t see anything beyond their own emotions.

Their vision of America – the left controlling thoughts, speech, and beliefs with guns they don’t even believe in – is terrifying. It’s even worse than clowns. In fact, I think I’ll dress up as Chelsea Handler for Halloween this year. That’s the scariest thing I can think of.