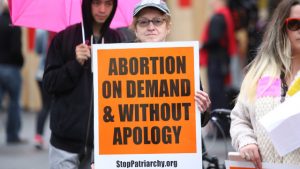 Leftist activists are all up in a tizzy over the new abortion law that makes it illegal to receive an abortion after six weeks, which is when the heartbeat of a pre-born child is detected, and want folks to boycott companies that are based in the state to put pressure on Republican leaders.

The Supreme Court’s decision last week allowed the law to take effect, which launched liberals into an insane meltdown that saw them spitting fury all over both Texas lawmakers and at the conservative justices on the high court.

Using the hashtag #BoycottTexas, thousands of people have taken to social media to call on sports teams and celebrities to protest the state over the law.

Activists have also targeted corporations that make Texas their home, including Dell, McKesson, and Southwest Airlines.

Patricia Arquette, an Academy Award-winning actress, called for a boycott “until women have full equal rights.”

And the Lincoln Project, a pro-Democrat group started by anti-Trump Republicans, urged a number of companies, including AT&T and Pizza Hut, to move their headquarters out of the state in protest of the abortion ban.

“Texas’s law prohibits doctors from performing abortions after doctors can detect a fetal heartbeat, which is typically around six weeks of pregnancy. Because the state’s lawmakers structured the ban so that private litigation, not the state, enforces it, the Supreme Court decided that the law could survive for now and face challenges once effective,” the report from WE said.

Keep in mind, the justices did not state whether such a law is actually constitutional or not.

Here’s the thing. It’s very much constitutional. People really need to do some serious reading and studying on the Tenth Amendment. Any power not granted to the federal government in the Constitution is reserved for the states.

And that includes abortion. It’s a state issue. And the state of Texas has decided they want to preserve the right to life for our most precious and vulnerable citizens, the pre-born.