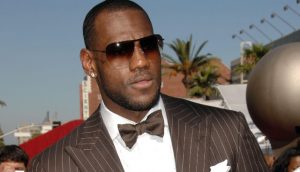 NBA superstar LeBron James decided to delete a tweet he posted up on Wednesday that viciously criticized a police officer who saved the life of a young black girl after he shot another black girl who was seconds away from stabbing her with a knife.

The tweet did not elicit the “woke” support the basketball legend was hoping for. In fact, people were downright angry at him for what was said.

On Tuesday, a Columbus police officer shot a black girl who was using a knife to attack another girl.

James tweeted out a photograph of the police officer, saying, “YOU’RE NEXT. #ACCOUNTABILITY.” James also included an emoji of an hourglass that is used to signify that time is running out.

Interim police chief of Columbus Michael Woods said that the body camera video of the incident showed “the female with the knife” was “attempting to stab” another girl, which led to the officer shooting the attacker.

Here are some of the responses James received for his comments:

Suffice it to say we’ve come a long way from Michael Jordan’s “Republicans buy sneakers, too” quip to LeBron James putting a fairly literal target on the back of a police officer who refused to let a teenage girl get stabbed to death.

No. You’re next for this irresponsible, fraudulent, divisive, LIE. #Accountability https://t.co/BZDd1bEv1A pic.twitter.com/021YFOn16R

What’s really sad is how much LeBron James abuses the platform he’s been blessed with, often times leading people astray with his ridiculously ill informed political views on the topic of race relations. He has millions of followers and could be a major influence over the healing that takes place in this country.

Instead, he’s chosen the “woke” path, which is already beginning to backfire on him in big ways. Sad.