Law Professor’s Tale About Herz Experience Over Thanksgiving Goes Viral: ‘It Was Extortion’ 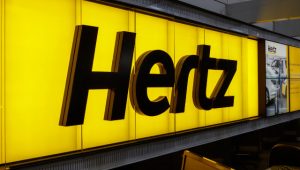 A law professor found herself trending on social media giant Twitter after she posted up a multi-page letter sharing her experience about how Hertz allegedly extorted her over Thanksgiving.

Kate Klonick, who works as an assistant professor at St. John’s University School of Law, and as an attorney in the state of New York, went on to explain what she called a “very bad experience” when attempting to rent a vehicle over the holiday in a thread on Twitter, which ended up going viral. She’s currently taking Hertz to small claims court after they promised to issue her a refund, but the funds, according to her claims, never came.

It all started when Klonick says she reserved a car for pickup on the Sunday before Thanksgiving. She claims she was quoted just over $414 after taxes.

Despite arriving at a Brooklyn, New York, location for her appointment on time and waiting in line for two hours, Hertz said they couldn’t help her and closed for the night. Klonick and other customers even “held up $20 bills and begged” for Hertz to stay open.

“I had a contract! I had met its terms! Hertz simply had to fulfill its side of the deal!” the letter went on to say.

The Hertz company then allegedly told Klonick and her husband that they could rent a car at a separate location for $1,800. The Klonicks declined the offer.

The family made two more attempts to get a rental car. At first, they were told to go to the Hertz location at the LaGuardia Airport in Queens, where they were quoted a new rate “in excess of $1,800” for the week. They declined and made a reservation at another location in the Williamsburg neighborhood of Brooklyn. They were quoted at $1,800 again. They were able to get the price back down to what they were originally quoted, but when they showed up to pick up a car, they were told there were none available.

She then tweeted that Hertz, “ended up making us pay $500+ over quoted price for a bad car.”

“Honestly did not write this up and post this letter for myself. I really did it because this was not just poor customer service or bad logistics. It was extortion,” Klonick then went on to add.

“In her complaint, she requested $528.07 ‘for the difference in price between the original violated contract and the amount paid to remedy the violated contract,'” the report said, adding, “She also requested $133.51 for the cost of all the Ubers they took to various Hertz locations and $87.32 for Very Nice Bottle of Champagne.'”

The assistant professor is now demanding that the company provide her with a response by December 15 or she is threatening to file a lawsuit against them in small claims court. Klonick then stated that she will also be filing a complaint with the Better Business Bureau.

“We are investigating the situation to better understand what occurred so we can take any necessary corrective actions,” Hertz went on to tell FOX Business in a statement.

The car rental company stated that they apologized to Klonick and then refunded her the difference. But Klonick posted a tweet that showed what she saw on her credit card was the final charge, not a refund.

“Small claims court here I come,” she posted. her