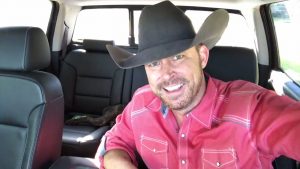 Ah the boys and girls of late night television.  They along with their team of writers know how to wow a crowd with their logic and witty banter.  Like Pavlov’s dogs to a ringing bell, their audiences salivate to anything that insults historical American values or conservative politics.

The recent focus has been to insult seemingly “right of center” Sinclair Broadcasting Group for it’s supposed conservative bias. Sinclair is the largest owner of television networks in the country.  And they are growing.

British citizen and host of “Last Week Tonight,” John Oliver took a humorous stab at Sinclair recently in a 19 minute segment on his late night HBO program. That’s a long segment to ridicule someone that doesn’t pose any threat to you or your ideologies.

Personally, I’ve learned that if someone has an opposite view point it helps to see what their focus is.  The focus often reveals their weakness.  Could it be that the mainstream, late night comedians that make their money ridiculing conservatives aren’t as secure in their soliloquies as they’d have you believe.  Take a look at the video below and let’s decide.