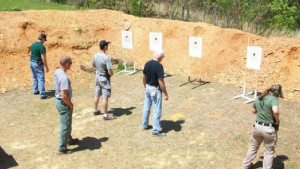 There isn’t a law in the world that can truly prevent bad things from happening, but punishing good people for the actions of very bad people makes absolutely no sense.

Our Founders understood that an armed citizen is an empowered citizen, and that guaranteeing Americans the right to bear–BEAR–arms would guarantee them liberty and equality that no government had ever done before.

This includes the right to defend one’s own life.

The Western Journal reports that defensive firearm use in the month of June serve as a reminder as to just how effective concealed carry can be to preventing and even deterring crime.

“The only thing that stops a bad guy with a gun is a good guy with a gun” is not only not a myth, it is consistently proven to be correct by cold, hard data.

Here are some of the cases of defensive firearm use from June:

“As these stories demonstrate, lawful gun ownership can often mean the difference between a ‘victim’ and a ‘would-be victim.’ This is also consistent with the CDC’s conclusion that ‘[s]tudies that directly assessed the effect of actual defensive gun uses have found consistently lower injury rates among gun-using crime victims compared with victims who used other strategies.”

There’s a lot we can do as a country to try to prevent more horrific mass shootings and the everyday gun violence that take the lives of thousands of Americans each year.

But what liberals want you to believe is a bait-and-switch. We do not have high rates of homicide in the US because of law-abiding gun owners, rather, the most concentrated clusters of homicide are occurring in places where law-abiding citizens have a difficult time obtaining and carrying a firearm.

To uphold the Second Amendment is to empower the people.