Ladies, Watch Out For Catfish Scammers Posing As Servicemen On Facebook 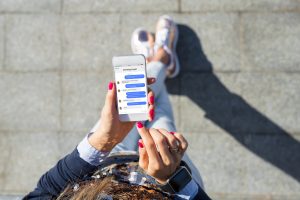 As a millennial, I’ll never forget the biggest piece of advice I was ever given as I grew up learning to wield this double-edged sword we call the Internet: never assume someone is who they say they are.

Unless, you know, they’re a deposed Nigerian prince who needs your urgent assistance in a wire transfer deal and is willing to reimburse you handsomely. I’ve always had good luck with those.

In all seriousness, Internet scams are still around, and they’ve come a long way from the humble West African noblemen trying to scam us out of $500. Now, the favored fake identity for “catfish” is someone in a unique position to elicit feelings of honor, gratitude, and even sympathy from the average American: military servicemen and veterans.

According to the Daily Wire, several stories surfaced last year of servicemen who, one day, suddenly received strange messages on Facebook from women they didn’t know saying they missed them or that they were angry they hadn’t heard from them in a while.

At the time, the New York Post reported the story of U.S. Army veteran Albert Lovato, received messages from some 30 women who said they loved him, scorned him for their breakup, or asked about money they’d each sent to him—or, someone posing as him.

Task & Purpose reported a similar story last year, detailing the experience of Bryan Denny who also received a message from a woman he didn’t know who had been in an online relationship with someone posing as Denny. The impostor gained the woman’s sympathy with a story of how he had lost his wife and had a severely ill son. He also gained a few thousand dollars of her money after she agreed to help him with medical and home repair bills.

If you encounter a similar scam, you can report it on the U.S. Army Criminal Investigation Command website which warns anyone “involved in online dating to proceed with caution when corresponding with persons claiming to be U.S. Soldiers currently serving in Iraq, Afghanistan, Syria or elsewhere.”

CID said it “receives hundreds of allegations a month from victims who state they got involved in an online relationship with someone, on a legitimate dating website or other social media website, who claims to be a U.S. Soldier.”

Although “numerous task force organizations” have been created to deal with this problem since last year, catfish scammers haven’t gone away.

On Friday, the New York Times published the account of Daniel Anonsen, a Marine Corps veteran who, like Lovato and Denny, had his pictures stolen to scam women. Anonsen told the outlet that Facebook refused to remove most of the imposter accounts, claiming they didn’t violate the network’s rules. Anonsen tried going to his platoon commanders and intelligence officers while he was still enlisted, but they couldn’t help either.

“I let them work their military-intelligence magic, and I went back to them, and they’re like: ‘We can’t do anything about it, man. It’s out of our hands,’” he told the Times. “I thought military intelligence would be able to type a couple of zeros and ones and it would all go away, but it’s not that simple.”

According to The Times, Anonsen’s impostors are still on Facebook and Instagram, and he is beginning to fear that one of the scammer’s victims may find him and confront him in public.

“The worst thing to ever think of is sitting down at dinner with my wife and someone just approaching me and just going after me,” he said. “I think about it regularly when I’m out.”

So, ladies, until such time as these fraudsters are dealt with, exercise caution, and remember, a real man doesn’t ask a woman on the internet to pay his hospital bills, least of all a United States soldier.