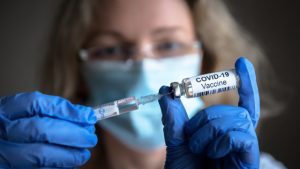 The Department of Labor stated on Tuesday that it would be pulling its COVID vaccine and testing requirement for large U.S. employers after the Supreme Court blocked the rule.

The Labor Department’s Occupational Safety and Health Administration, known as OSHA, remarked in the federal register that while its pulling the emergency temporary standard, the rule would stay as a proposal for a permanent requirement.

“OSHA continues to strongly encourage the vaccination of workers against the continuing dangers posed by COVID-19 in the workplace,” the notice explained.

President Joe Biden unveiled in September several regulations aimed at increasing the U.S. adult vaccination rate, which currently stands at about 74%, according to government data, among the lowest for developed nations.

The rules sparked legal challenges by conservative organizations, Republicans, and some business groups.

The OSHA mandate for businesses with at least 100 employees was blocked by the Supreme Court earlier this month, although at the same time the court allowed a separate federal vaccine requirement for workers in healthcare facilities.

A third major vaccine rule from the Biden administration required federal government contractors to get their employees vaccinated. That was blocked by a federal judge in December and last week a U.S. judge blocked a vaccine requirement for federal employees.

“While courts have generally found the administration lacked the authority to require vaccination, mandates imposed by businesses, states and local governments have been upheld,” the report stated.