Labor Department Says New Jobless Claims Drop To 385,000, Which Is Lower Than Expected 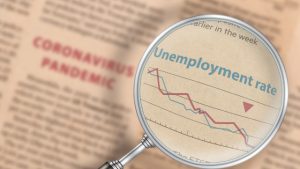 Good news on the economic front, folks. The number of new applications for unemployment benefits has dropped by 20,000 last week to 385,000, which is a new pandemic low, according to the Labor Department.

The number of new jobless claims represents the number of folks who have filed for unemployment during the last week. The figure which was originally predicted by forecasters was 390,000, so the actual number is better than expected. The number for the week before was 406,000.

The numbers come as economists closely watch how the economy is rebounding from the COVID-19 pandemic and at what rate people are returning to the labor force. Some economists worry there is a labor shortage and fear the economy is heating up too much from pent-up demand, the easy money policies of the Federal Reserve, and high levels of federal spending.

Against the backdrop of the potential labor shortage, several Republican-led states, about half of the country, have decided to opt out of the federal expanded unemployment program that was implemented to bolster state unemployment payments during the pandemic.

While the expanded program, which gives the unemployed $300 per week on top of whatever states already provide, is scheduled to sunset in September, the governors of states that are ending the program early hope that doing so will encourage people to fill a glut of job openings.

One of the issues a lot of companies are experiencing right now, especially the ones that have low-wage workers, is that due to the expanded unemployment program, there’s a lot of folks avoiding jobs because they make more from drawing benefits than they do from working.

In fact, it’s gotten so bad that some employers have opted to raise their wages to try and be competitive and attract workers.