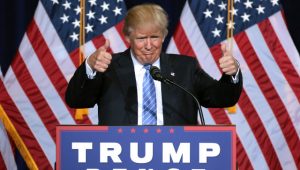 The economy is slowly, but surely recovering from the disastrous coronavirus shutdowns earlier this year, as new reports from the Labor Department state that the number of new unemployment benefit applications dropped to 881,000 last week.

Forecasters had been predicting a much higher number around 950,000 new claims. Fortunately, that didn’t happen. It’s always good news when these folks are wrong, and I’m sure they’d agree.

One of President Trump’s biggest weapons in the election before COVID-19 hit was the economy. Many on the right feared the shutdowns would obliterate that, but it seems things are rebounding nicely.

The drop hints at a slowdown in layoffs, which would be good news for the reeling labor market. But it also could be an artifact of changes the Labor Department made to its calculation of jobless claims. The agency employed a new methodology for adjusting for seasonal changes in employment, such as teachers returning to work or students quitting their jobs to return to school. The extreme rise in jobless claims caused by the pandemic made such adjustments difficult.

An additional 760,000 workers applied for benefits through the Pandemic Unemployment Assistance program, which provides for unemployment insurance for people sidelined by the epidemic who normally wouldn’t be eligible for benefits, such as gig workers whose business dried up.

Seasonally unadjusted claims for regular benefits were just over 833,000 last week and have been trending lower, suggesting that there has been real underlying improvement in the labor market.

The economy isn’t the only thing aiding Trump in his bid for reelection. Weak displays of leadership from Democrats in major cities that have experienced violent riots, looting, and all sorts of chaos at the hands of Black Lives Matter and Antifa are really giving the president a boost in support.

But, the economic recovery will certainly help him in the long run.