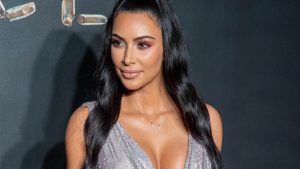 You may have noticed recently what with the weird mash-up between the Trump administration and celebrity power couple Kim Kardashian and Kanye West that Kim has developed quite an interest in criminal reform.

And to her credit, unlike many celebrities who pontificate from Twitter while lacking any experience or even an informed vocabulary on the topics on which they lecture the rest of us, she’s actually pursuing this interest beyond mere advocacy.

The woman who is one of the most videotaped people in the history of television who has every luxury in the world is actually studying and working towards her new goal: to be a lawyer, and it was all inspired by her work in criminal justice reform.

I have to say, I never thought I’d say this in a million years about Kim Kardashian, but that’s actually really respectable.

According to Vogue, while the reality star does not have a college degree, she is not actually planning on going to law school. In California, apparently, aspiring lawyers have the option to take a rather unusual path towards passing the bar, “what is known as ‘reading the law,’ or apprenticing with a practicing lawyer or judge,” Vogue explains.

Kardashian is currently doing a four-year internship at a San Francisco law firm and seems to be taking her studies pretty seriously, too.

“First year of law school, you have to cover three subjects: criminal law, torts, and contracts. To me, torts is the most confusing, contracts the most boring, and crim law I can do in my sleep. Took my first test, I got a 100,” she told Vogue. “Super easy for me. The reading is what really gets me. It’s so time-consuming. The concepts I grasp in two seconds.”

What’s more, it all seems to have begun in the White House.

“The White House called me to advise to help change the system of clemency, and I’m sitting in the Roosevelt Room with, like, a judge who had sentenced criminals and a lot of really powerful people and I just sat there, like, Oh, s***. I need to know more,” she explained. “I would say what I had to say, about the human side and why this is so unfair. But I had attorneys with me who could back that up with all the facts of the case. It’s never one person who gets things done; it’s always a collective of people, and I’ve always known my role, but I just felt like I wanted to be able to fight for people who have paid their dues to society. I just felt like the system could be so different, and I wanted to fight to fix it, and if I knew more, I could do more.”

She also spoke to her decision to speak with Trump at the White House in spite of warnings from her inner circle.

“I made a decision to go to the White House when everyone was telling me, ‘Don’t go, your career will be over; you can’t step foot in there,’” she said. “And I was like, ‘It’s my reputation over someone’s life?’ Weigh that out. People talk shit about me all day long. It will just be another story about me versus someone getting their life back.”

She really doesn’t care about the haters.

“I don’t pay attention to that anymore,” she said of those who may consider her vapid. “I love to be put in a situation where I can have a conversation with someone who might not be inclined to think much of me, because I can guarantee they will have a different opinion and understand what’s important to me after they’ve met me.”

Well! I know my opinion of her has been changed a little bit. It had already improved after seeing the surprisingly level-headed way she stood by her not-so-level-headed husband, Kanye West, after he triggered the world with his bizarre tweets about Trump last year.

Who knows? Maybe the Atticus Finch of the 21st Century should be a one-time reality star.