Kavanaugh Accuser’s Lawyers are Still Fighting Tooth and Nail Against Thursday Hearing, Refuse to Agree to Outside Counsel 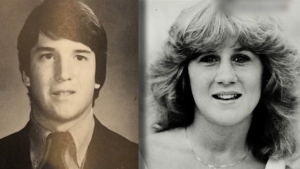 Lawyers for SCOTUS nominee Brett Kavanaugh’s accuser, Christine Blasey Ford, are still, yes still, fighting Senate Judiciary Committee chairman Chuck Grassley over the specifics the Thursday testimony she is due to give.

They are currently objecting to Grassley’s decision to hire an experienced, female sex crimes prosecutor to question Ford and Kavanaugh, a move that quite frankly makes perfect sense. Why would you not want such an expert examining the man you say assaulted you?

Unless, of course, you’re not telling the truth and you know this expert would most definitely figure that out.

Despite claims, over the weekend, that Dr. Ford would testify on Thursday (she’s even, reportedly, made it to Washington, D.C. unscathed), Dr. Ford’s lawyers sent a letter to Grassley Monday night, requesting the name and resume of Grassley’s appointed inquisitor.

In new letter from Dr Ford’s Attorney to the Judiciary Committee, they again object to having outside counsel ask the questions for republicans at Thursday’s hearing, and ask for the name and resume of who that person will be.

This does not appear to be a done deal. pic.twitter.com/MwggIeBGbs

Grassley made it clear, over the weekend, that he might use outside counsel in questioning both Dr. Ford and Kavanaugh, and although he never detailed it, his rationale is pretty clear: the Senate Judiciary Committee would quickly turn the event into a circus, playing for reporters, recording soundbites, and asking nonsensical, self-serving questions, rather than pursuing whether Dr. Ford’s allegations have merit.

It also prevents Grassley from coming under scrutiny for having only male, Republican members of the Judiciary Committee appear in the hearing as part of the panel questioning Dr. Ford. It’s, at its core, an attempt at visible neutrality and serious consideration, something neither Democrats, desperate for campaign material, or Dr. Ford, who hasn’t substantiated her claims well to begin with, likely want.

It doesn’t take a genius to figure out that a professional experienced in prosecuting sex crimes would be far better at questioning those implicated in these allegations then mere senators would be.

So, again, why all the fuss?

Folks who have nothing to hide, who are being honest and truthful, would have no problem with this. At all.

It seems Ford is revealing more and more of her true motivations by playing this run around game.