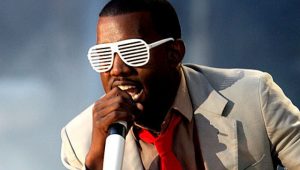 Take a few moments, close your eyes, and envision a celebrity that you think is the most unlikely individual to be a “closeted” conservative.

Chances are, you still didn’t think of Kanye West — for those not really into pop culture he’s one of the most famous rappers in the music industry and the husband of Kim Kardashian — yet, there’s mounting evidence to suggest he might just be leaning more and more to the right, sending folks on the left into a meltdown of epic proportions.

West recently spoke with Hot 97 radio host Ebro Darden in which he professed his love for President Trump, a move that for most would be career suicide. And as if that wasn’t enough, he also took a swipe at President Obama.

According to Darden, West expressed frustration with the former president after many attempts during his time in office to talk with him but “couldn’t get anything done.” Trump, however, gave West a meeting.

Darden gave an interview with the New York Post and stated that “He [West} said, ‘I do love Donald Trump.'”

West also told Darden that he believes his new mission in life is to “deprogram” people, whatever that means.

Over the weekend, West triggered liberals across the country by offering his support — via Twitter — for black conservative activist Candace Owens. Owens is featured in a viral video slamming Black Lives Matter, telling them to stop the victim mentality and embrace being a “victor,” a message Kanye agreed with.

“I like the way Owen Thinks,” the rapper tweeted. As you can imagine, the left came out hard against West for his comment, but rather than backing off, he doubled down, bashing the “thought police” for attempting to silence opposing views.

In reality, none of this means West is a conservative, but it certainly seems to indicate he takes the issues one at a time and has a decent grasp on some important fundamental principles. Maybe he’s waking up to how the world really works?

Only time will tell.