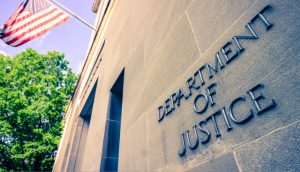 The Justice Department has officially announced they will be scaling back the use of chokeholds to restrain suspects and will also be cutting back on the number of no-knock warrants used by the FBI and other federal law enforcement agencies.

“Building trust and confidence between law enforcement and the public we serve is central to our mission at the Justice Department,” Attorney General Merrick Garland went on to say.

“The limitations implemented today on the use of ‘chokeholds,’ ‘carotid restraints’ and ‘no-knock’ warrants, combined with our recent expansion of body-worn cameras to DOJ’s federal agents, are among the important steps the department is taking to improve law enforcement safety and accountability,” he stated.

Police tactics involving the use of chokeholds or “carotid restraints” and no-knock warrants have both become flash points across the country amid calls for reforms to address systematic racism in policing against the Black community.

In June, former Minneapolis police officer Derek Chauvin was sentenced to 22½ years in prison, for killing George Floyd by kneeling on his neck. The chilling murder was caught on video, as Floyd repeatedly cried out “I can’t breath.”

This new policy prohibits the use of chokeholds by federal law enforcement agencies unless deadly force has already been authorized.

Federal agents will need to seek approval from senior department officials before they will be allowed to execute a no-knock warrant at someone’s home.