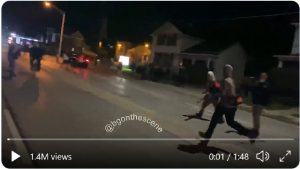 A judge has agreed to delay the extradition hearing of Kenosha shooter Kyle Rittenhouse, the 17-year-old who is facing several felony charges for fatally shooting two individuals during riots in Wisconsin earlier this week.

The hearing has been pushed back to Sept. 25.

The judge in Waukegan, Illinois, postponed the hearing on Friday after Rittenhouse requested the delay in order to have time to hire a private attorney, according to the Associated Press.

Lee Filas, spokesman for the Lake County state’s attorney, said Rittenhouse plans to hire Los Angeles-based attorney John Pierce and that Rittenhouse’s presence on Friday had been waived after he did not appear during the livestreamed hearing.

Under Wisconsin law, Rittenhouse would be tried as an adult, which means he could face a sentence of life in prison.

Rittenhouse was taken into custody on Wednesday in Antioch, Illinois, the city he calls home. Antioch is only about 15 minutes away from Kenosha, where Black Lives Matter riots and looting exploded after the police shooting of Jacob Blake.

Video of the incident has been circulating around social media, showing Rittenhouse armed with a semiautomatic rifle. The incident has been said to have been an act of self-defense by many people, as the footage shows Rittenhouse running way from folks who are giving chase. One individual pulls a gun on him and no doubt would’ve fired it had he not fired first.

We’ll have to wait and see what happens as the case unfolds.