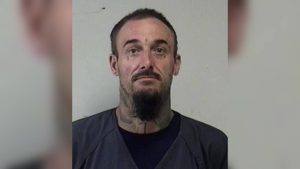 It appears that jury selection for Joshua Ziminsky, who has been charged with arson as well as a misdemeanor count of dangerous use of a weapon during the Black Lives Matter riots that rocked downtown Kenosha back in August of 2020, has hit a pretty big pothole.

Records from the Kenosha County Circuit reveal that defense lawyer Terry Rose appeared before Judge Bruce Schroeder just as jury selection was set to start and reported that his client, amateur photographer Nathan DeBruin, had suffered from intimidation by Ziminski.

And this is where things went really, really bad for Ziminski.

After a conversation in the courtroom, the record goes on to show that Judge Schroeder decided to respond to these allegations by raising Ziminski’s bond from $1,000 that he had previously posted to $14,000.

Jail records reveal Ziminsky was in custody as of Monday afternoon.

“An email from the court indicated that jury selection had been postponed and rescheduled for Monday, March 28. Ziminski has a pre-trial hearing scheduled for Feb. 25,” the Kenosha News reported.

“Whether new charges would be filed against Ziminski following what happened in court Monday was not certain,” the report continued.

Rose, who represented DeBruin while he provided testimony during the Kyle Rittenhouse trial that took place back in November of 2021, stated that Ziminski yelled at his client as he was coming into the courthouse, demanding that the photograph show a picture of Ziminski during the riots.

When DeBruin passed that information along, Rose then alerted Judge Schroeder.

“(DeBruin) was visibly shaken,” Rose stated by telephone Monday afternoon. “I told the judge about it, called it intimidation and asked that Ziminski be penalized by being held in the county jail pending the outcome of the trial.”

Rose then revealed that his client just took pictures of the scene that night and would testify to that.

“He does not have an ax to grind with Ziminski,” Rose went on to say. “He doesn’t know him. He’s just there on the scene.”

“Ziminski was charged with the misdemeanor after authorities used a previous booking photograph to identify him as the man who fired off a ‘warning shot’ Aug. 25, 2020, just before Rittenhouse, who was in the same area, shot and killed Joseph Rosenbaum,” the Kenosha News said.

“Rittenhouse was found not guilty in November in that homicide, along with the shooting death of Anthony Huber and for injuring Gaige Grosskreutz during riots that night in Downtown Kenosha,” the report added.