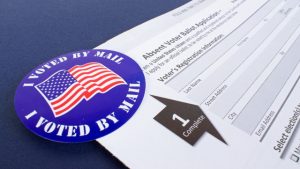 A court in the Pennsylvania has officially ordered the state to halt the work being done to officially certify the results of the election until Friday when there will be a hearing concerning a lawsuit that is attempting to have all mail-in votes disqualified.

Allies of President Trump have suffered setback after setback in their efforts to exclude mail-in ballots and overturn election results around the country.

This decision comes right on the heels of a filing late on Tuesday in which challengers laid out various other measures that the court could possibly take, including preventing electors from meeting as scheduled next month.

“Because the electors, by law, must perform their duties at the ‘seat of government of this Commonwealth,’ this court may also enjoin Respondents from permitting the electors to assemble at such location,” they stated.

This could be a really big, important play that might impact whether or not the state is certified for Trump or Biden. This thing isn’t over yet, folks.