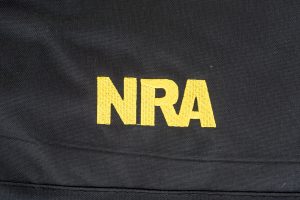 The right of individuals and businesses to partner with the National Rifle Association and secure government contracts was upheld in a stellar court victory earlier this week.

On Wednesday, a federal judge temporarily blocked a new Los Angeles law that went into effect in April and required potential city contractors to disclose any ties with the National Rifle Association, likely costing them the job.

According to Fox News, U.S. District Judge Stephen V. Wilson granted the injunction at the request of the NRA, who claimed that the law violates the right to free speech and equal protection.

The NRA first sued the city of Los Angeles last summer when the city determined that contracting with NRA-supporting businesses “undermines the city’s efforts to legislate and promote gun safety” and would lead “to more pro-gun advocacy, laxer gun laws, and inevitably more mass shootings,” according to Wilson.

“Even if this chain of logic was supported by fact,” Wilson continued, “the city is not permitted to restrict political speech as a means of achieving its goal of safer cities.”

In a statement announcing the lawsuit back in April, the NRA likened the ordinance to “modern day McCarthyism:”

The First Amendment acts to limit governments from demanding disclosure of political affiliations and associations. But the City’s recently adopted ordinance is nothing short of modern-day McCarthyism by attempting to silence opposing viewpoints. This is a dangerous position and a concern for everyone who values their rights to free speech and association.

“Politicians are free to disagree with the NRA’s pro-freedom, firearm safety, and self-reliance message, they are not free to censor it — as this ordinance would do when NRA supporters drop their NRA affiliations for fear of losing work from the City of Los Angeles because they get put on this ‘blacklist’ with the City of Los Angeles,” said Chuck Michel, a civil rights attorney and the president of the California Rifle and Pistol Association.

While the injunction temporarily halts any enforcement of the law, the case isn’t over yet. The judge removed Mayor Eric Garcetti and the city clerk as defendants in the lawsuit but is allowing it to proceed.

The city has the option of appealing the ruling, while the NRA can request that the injunction be made permanent.

This will be a crucial case to watch. Don’t take it for granted that such totalitarian legislation won’t find its way into your city.