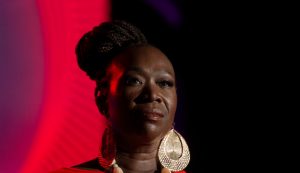 MSNBC host Joy Reid decided it would be a lot of fun to further divide the country by race by stating that “people on the right would trade all the tax cuts for the ability to openly say the N-word like in the ‘good old days,'” going on to add that all those same people’s inability to “be openly racist and discriminatory without consequence is oppression. Trump is the avatar for this ‘freedom.’”

I’ll say it again: people on the right would trade all the tax cuts for the ability to openly say the n-word like in “the good old days.” To them, not being able to be openly racist and discriminatory without consequence is oppression. Trump is the avatar for this “freedom.” https://t.co/RlqAFYe5Zr

Reid’s comment came after former New York Times writer Bari Weiss published a column on Tuesday titled, “The self-silencing majority: In red America and blue America, an epidemic of self-censorship is threatening democracy.” In the column, she states, “I know a lot of people who live in fear of saying what they really think. In red America and in blue America — and, perhaps more so, on the red internet and the blue internet — we are in the grip of an epidemic of self-silencing.”

Weiss added on Twitter, “’Self-censorship is the norm, not the exception,’ a student at one of the country’s top law schools wrote. ‘I self-censor even when talking to some of my best friends for fear of word getting around.’”

That prompted a Morgan State professor and MSNBC contributor to respond to Weiss, charging, “Yes, because code-switching, mask wearing and all of the other hoops that black people have to go through to appease enough of the majority to even GET into law school isn’t the issue. But censoring yourself from saying the N word amongst friends is.”

This is generalizing an entire demographic of people, which is absolutely wrong to do. It would be wrong for someone to say something like this against the entire black population too. It’s just plain stupid to say it period.

Folks, this approach to race relations is going to do so much damage to our country.